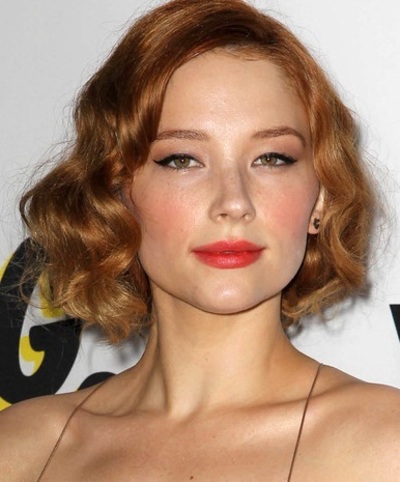 Bennett was born Haley Loraine Keeling in Fort Myers, Florida, the daughter of Leilani (née Dorsey) and Ronald Keeling. As a child, she moved with her father to Stow, Ohio, near where her parents are from.

Bennett made her film debut as pop singer Cora Corman in the 2007 romantic comedy Music and Lyrics, alongside Hugh Grant and Drew Barrymore. Bennett sang several songs for film's soundtrack, including "Buddha's Delight" and "Way Back into Love"; fragments of the songs "Entering Bootytown" and "Slam" are heard during concert scenes in the film, and her song "Invincible" can be heard during the end credits. That same year, she signed with 550 Music/NuSound Records (part Epic Records), and began working on her first album. Bennett performed her first live concert at The Mint in Los Angeles on June 19, 2008.

After signing a three-picture deal with Warner Bros. (beginning with Music and Lyrics), Bennett subsequently starred in her second and third films, College (2008) and The Haunting of Molly Hartley (2008). Also in 2008, she made a cameo appearance in Marley & Me. The following year, Bennett had a lead role alongside Julia Stiles in Shekhar Kapur's short film Passage. She then co-starred in the adventure thriller film The Hole, directed by Joe Dante. In 2010, she appeared in the fantasy comedy Kaboom, and the drama Arcadia Lost. Bennett then landed the lead in the thriller film Kristy (2014). She next appeared in the independent drama film Lost in the White City (2014), alongside Thomas Dekker and Bob Morley. Also in 2014, Bennett co-starred in The Equalizer with Denzel Washington and Melissa Leo.

In 2015, she co-starred in the first person point of view film Hardcore Henry. In 2016, Bennett will appear in Antoine Fuqua's The Magnificent Seven, the film adaptation of Paula Hawkins' thriller novel The Girl on the Train, Warren Beatty's Rules Don't Apply, and Jason Hall's PTSD drama film Thank You for Your Service. Bennett is also part of the cast of Terrence Malick's musical drama film Weightless, opposite Christian Bale.