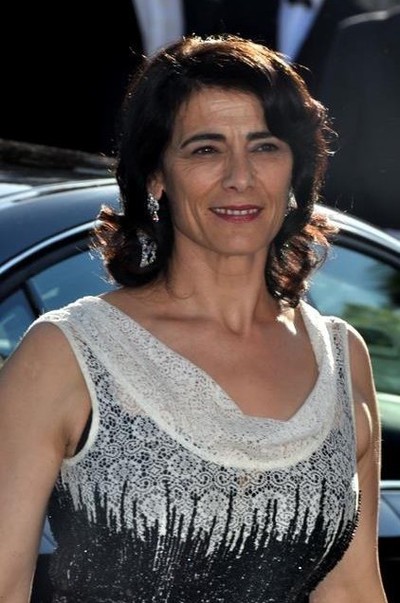 Hiam Abbass was born into a Muslim family in Nazareth, Israel. She was raised in the Arab village of Deir Hanna.

During the filming of the Steven Spielberg film Munich, Abbass lived in a hotel with the Arab and Israeli actors for three months. During that time, they had many discussions that "helped both sides grow closer." In an interview in 2006, Abbass said, "I still remember how difficult it was for the Arab actors to manhandle the Israeli actors in the first scene where the Israeli national team is taken hostage."

She directed two short films, Le Pain (2001), and La Danse éternelle (2004). She portrays humanitarian Hind al-Husseini in Julian Schnabel's film Miral (2010), based on the life of Husseini and her orphanage.

In 2002, she appeared in Satin Rouge by Raja Amari, a film about the self-discovery of a middle aged Tunisian widow. She also a similar role in The Syrian Bride, about a Druze woman eager to break down barriers.

Also in 2008, she played the principal role in Israeli director Eran Riklis's film Lemon Tree (Etz Limon in Hebrew). For this role, she won Best Performance by an Actress at the 2008 Asia Pacific Screen Awards. In Jim Jarmusch's 2009 film The Limits of Control, in the role of Driver, she recites in Classical Arabic one of the film's leitmotif-phrases, "He who thinks he is bigger than the rest must go to the cemetery. There he will see what life really is."

Abbass also appears in A Bottle in the Gaza Sea (2011), a French-Québéecois-Israeli film produced by Thierry Binisti. It is based upon the young adult novel Une bouteille dans la mer de Gaza by Valérie Zenatti. She plays the role of Naïm's mother.

In 2012, she was named as a member of the Jury for the Main Competition at the 2012 Cannes Film Festival. She made her directorial feature film debut with The Inheritance in 2012.