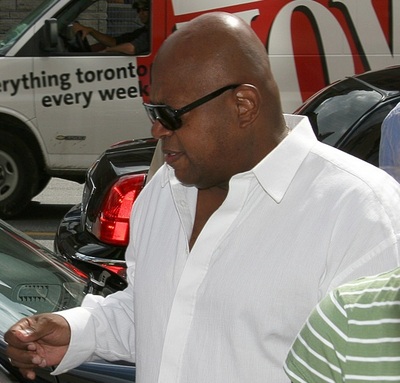 Charles Stanley Dutton (born January 30, 1951) is an American stage, film, and television actor and director, best known for his roles as "Fortune" in the film Rudy, "Dillon" in Alien 3, and the title role in the television sitcom Roc (1991–1994).

Dutton was born January 30, 1951, on the East side of Baltimore, Maryland, to a truck driver father.

In his youth, Dutton dropped out of school before finishing middle school. He had a short-lived stint as an amateur boxer with the nickname "Roc." When he was 17, he got into a fight which resulted in the death of a man Dutton claimed had attacked him. Dutton was charged and convicted of manslaughter, and he spent the next seven years in prison. Several months after being released from prison, Dutton was arrested for possession of a deadly weapon, and was sentenced to three years in prison.

It was in prison that he finally found his passion. Several months into his second prison term, Dutton was sentenced to six days of solitary confinement, which allowed prisoners to take one book. By accident, he grabbed an anthology of black playwrights. He enjoyed the plays so much that, upon his release from confinement, he petitioned the warden to start a drama group for the Christmas talent show. The warden agreed on the condition that Dutton go back to school and get his GED. Dutton accomplished that and went on to eventually complete a two-year college program at Hagerstown Junior College (now Hagerstown Community College) in Hagerstown, Maryland. Upon his release, he enrolled as a drama major at Towson State University (now known as Towson University) in the Baltimore suburb of Towson, Maryland.

After his time at Towson, Dutton earned a master's degree in acting from the Yale School of Drama.

In 1984, Dutton made his Broadway debut in August Wilson's Ma Rainey's Black Bottom, winning a Theatre World Award and a Tony Award nomination for Best Actor. In 1988, Dutton played a killer in the television miniseries The Murder of Mary Phagan opposite Jack Lemmon and Kevin Spacey. 1990 brought him a second Best Actor Tony nomination for his role in another Wilson play, The Piano Lesson. From 1991-1994, he starred in the Fox television series Roc.

Dutton gained acclaim for his comedy show Roc shown on FOX television (but produced by HBO), especially mid-run when the show was broadcast live. His work in this role won him an NAACP Image Award.

Dutton owns a farm in Ellicott City, Maryland. He was married to actress Debbi Morgan in 1989, but the couple divorced in 1994.