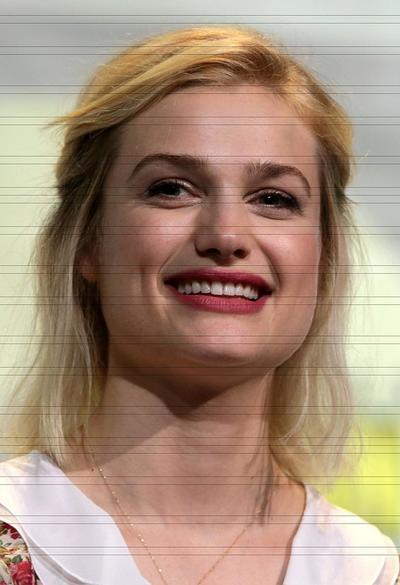 Alison Loren Sudol (born December 23, 1984) is an American alternative singer-songwriter, pianist and actress. Her debut album, One Cell in the Sea, was released in 2007, followed in 2009 by Bomb in a Birdcage. Sudol's songs have charted in the United States, Germany, Austria, Switzerland, Poland, and France, among other countries, and as of October 2012, she has sold more than 650,000 albums. Her music has also been featured on numerous television shows and featured in several major motion pictures. Sudol's latest album, Pines, was released on October 9, 2012.

Her musical moniker A Fine Frenzy, is taken from the phrase "in a fine frenzy rolling" (i.e., rolling in the ecstasy of inspiration), in William Shakespeare's A Midsummer Night's Dream, Act V, Scene 1.

Born in Seattle, Washington to two dramatic arts teachers, Sudol and both parents moved to Los Angeles after their divorce, when she was five years old. She is the daughter of Sondra (Fraser) West-Moore and acting coach John Sudol. Sudol grew up listening to a wide range of music, including Aretha Franklin, Ella Fitzgerald, and swing.

She graduated from high school at the age of 16, and considered herself "nerdy and quiet." Sudol did not "drink or smoke or do anything like that." She stated in an interview "I was so nervous about going into college like that and super young. I figured I would take two years and try to find out what I was doing with music. And when I was 18, I was just so deep into it that I didn't want to stop."

Sudol had a passion for literature, and immersed herself in the works of C. S. Lewis, E. B. White, Lewis Carroll, Anthony Trollope, and Charles Dickens. Her band's name, "A Fine Frenzy", is taken from a verse in William Shakespeare's A Midsummer Night's Dream: "The poet's eye, in a fine frenzy rolling, doth glance from heaven to earth, from earth to heaven" (Act 5, Scene 1). After teaching herself to play the piano, she began putting her creative energy into writing songs.

A short demo she sent out received attention from EMI's Jason Flom, who signed her after visiting her house and "listening to her play."

In March 2007, Sudol appeared at the South by Southwest (SXSW) conference, opening for The Stooges. Shortly after, her debut album, One Cell in the Sea, was released to generally positive reviews. The first single, Almost Lover, peaked at number 25 on Billboard's Hot Adult Contemporary Tracks chart. In mid-2007, she secured another opening spot, this time for Rufus Wainwright on his tour. In March and April 2008, Sudol headlined her own tour in the US and Canada, and in April she toured France, Belgium, Germany and Switzerland. In September 2008, she was the star act on the opening night of the New Pop Festival organized by the German broadcaster SWR3. She returned to Germany, Austria, and Switzerland on a headline tour in November 2008 and played in the Super Bock em Stock festival in Portugal in December 2008.

Her song "You Picked Me" was featured on iTunes as the "Free Single of the Week" for August 14, 2007, and VH1 featured her as one of their "You Oughta Know" artists. Additionally, in October 2008, "You Picked Me" was chosen as network theme by SIC, a Portuguese television network.

One Cell in the Sea has sold 300,000 copies. In 2008 it was released in Germany, Austria, Switzerland, and Poland. In each of those countries, the album peaked within the top 30, with the first single, "Almost Lover," reaching number eight in Germany, number ten on the Swiss Charts and number five in Austria.

Sudol's second album, Bomb in a Birdcage, was released September 8, 2009. The first single, "Blow Away," was released on July 17, 2009, followed by two more singles, "Happier" and "Electric Twist." On November 23, 2009, a live album and concert film recorded in 2007, A Fine Frenzy Live at the House of Blues Chicago, was released on iTunes.

On October 31, 2011, Sudol stated via Twitter that the band was mastering their new record. Several song titles, including "Avalanches" and "Riversong", were confirmed during Sudol's appearance at the Sundance Film Festival. In the March 2012 issue of Lucky magazine, Sudol revealed the third album's title as being Pines. Previously scheduled for release in September 2012, the album's release date was pushed back to October 9. Along with Pines, Sudol released an animated short film and a companion book illustrated by Jen Lobo.

In September 2012, A Fine Frenzy was featured in a campaign called "30 Songs / 30 Days" to support Half the Sky: Turning Oppression into Opportunity for Women Worldwide, a multi-platform media project inspired by Nicholas Kristof and Sheryl WuDunn’s book.

In June 2015 Sudol stated that she will no longer perform as A Fine Frenzy. "A few years ago I put A Fine Frenzy to bed.” Although choosing acting she continues to write songs.

Sudol has often referred to the literary influences on her music. Recently she disclosed that she is also pursuing a secondary career as a writer. In an interview, Sudol said she is working a children's story in the "Narnia" tradition, a fantasy featuring animals. In a later interview with Ladygunn magazine, Sudol revealed the title of her fantasy adventure book to be Three Sails and the Family Moss.

Beginning in 1997, Sudol played minor roles under the name "Alison Monro". In 2007 she appeared in and played a number of songs during an episode of CSI:NY, playing a musician targeted for death.

In 2014, Sudol appeared in both pilots and two episodes of the award-winning Amazon Studios series Transparent as Kaya, a singer and love interest of Jay Duplass' character Josh. She also appeared in the television series Dig, as the archeologist Emma Wilson. Elle (magazine) named Sudol one of "The 7 Most Exciting Newcomers on TV this Season" in January 2015.

In 2015 Sudol was cast in the film Fantastic Beasts and Where to Find Them, the first in a series of five Harry Potter spin-off films written by J.K. Rowling. Sudol plays 'Queenie', the attractive younger sister of 'Tina' (Katherine Waterston), alongside Newt Scamander (Eddie Redmayne). The film is set in New York approximately seventy years before Harry Potter’s story starts. The film is based on the Hogwarts textbook of the same name and follows the adventures of its author, “magizoologist” Newt Scamander. The film is scheduled to release in November 2016.

Alison Sudol plays the role of Alison Sudol in Fantastic Beasts: The Secrets of Dumbledore.