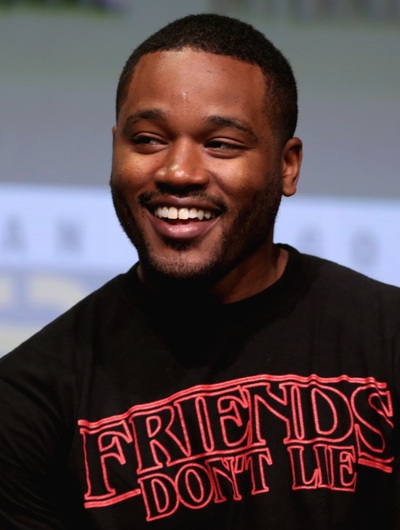 Ryan Kyle Coogler (born May 23, 1986) is an American filmmaker. His first feature film, Fruitvale Station (2013), won the top audience and grand jury awards in the U.S. dramatic competition at the 2013 Sundance Film Festival. He has since co-written and directed the seventh film in the Rocky series, Creed (2015), and the Marvel film Black Panther (2018), the latter of which broke numerous box office records and became the highest-grossing film of all time by an African American director, and his upcoming sequel Black Panther: Wakanda Forever (2022).

Coogler's films have received widespread acclaim and commercial success. In 2013, he was included on Time's list of the 30 people under 30 who are changing the world. His work has been hailed by critics for centering on often overlooked cultures and characters—most notably African Americans.

He frequently collaborates with actor Michael B. Jordan, who appeared in his first three feature films, as well as composer Ludwig Göransson, who has scored all four of his films.

In 2018, Coogler was named the runner-up of Time's Person of the Year and he was included in the annual Time 100 list of the most influential people in the world.

Ryan Coogler is the director in Black Panther: Wakanda Forever.