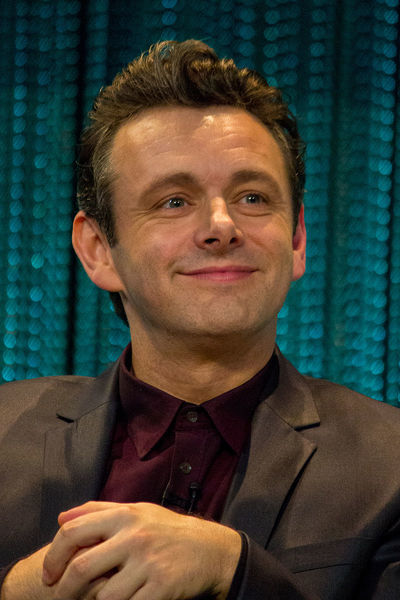 Michael Christopher Sheen, OBE (born 5 February 1969), is a Welsh stage and screen actor. After training at London's Royal Academy of Dramatic Art, Sheen made his professional debut in 1991, starring opposite Vanessa Redgrave in When She Danced at the Globe Theatre. He worked mainly in theatre throughout the 1990s and made notable stage appearances in Romeo and Juliet (1992), Don’t Fool With Love (1993), Peer Gynt (1994), The Seagull( 1995), The Homecoming (1997) and Henry V (1997). His performances in Amadeus at the Old Vic and Look Back in Anger at the National Theatre were nominated for Olivier Awards in 1998 and 1999, respectively. In 2003, he was nominated for a third Olivier Award for his performance in Caligula at the Donmar Warehouse.

Sheen has become better known as a screen actor since the 2000s, in particular through his roles in various biopics. With writer Peter Morgan he has starred in a trilogy of films as British politician Tony Blair: the first was the television film The Deal in 2003, followed by The Queen (2006) and The Special Relationship (2010). For playing Blair he was nominated for both a BAFTA Award and an Emmy. Sheen was also nominated for a BAFTA as the troubled comic actor Kenneth Williams in BBC Four's 2006 Fantabulosa!, and won a fourth Olivier Award in 2006 for portraying the broadcaster David Frost in Frost/Nixon, a role he revisited in the 2008 film adaptation of the play. He also starred as the outspoken football manager Brian Clough in The Damned United.

Since 2009 and into the 2010s, Sheen has become known for a wider variety of roles. In 2009, Sheen appeared in two fantasy films, Underworld: Rise of the Lycans and The Twilight Saga: New Moon, while in 2010, he made a four-episode guest appearance in the NBC comedy 30 Rock. He appeared in the science-fiction film Tron: Legacy (2010) and Woody Allen's romantic comedy Midnight in Paris (2011). At Easter 2011, Sheen directed and starred in National Theatre Wales's The Passion, a 72-hour secular passion play staged in his hometown of Port Talbot. From late 2011 until early 2012, Sheen played the title role in Hamlet at the Young Vic. In September 2013, he will star in Showtime's twelve-episode drama Masters of Sex.

Sheen was born in Newport, Wales, the son of Irene (née Thomas), a secretary, and Meyrick, a British Steel personnel manager. He has one younger sister, Joanne. When he was five, the family moved to Liverpool, England, but settled in his parents' hometown of Baglan in Port Talbot, Wales three years later. Port Talbot is also the hometown of actors Richard Burton and Anthony Hopkins. Director Sam Mendes has described Sheen as "a stage creature" and attributed that to the actor's Welsh roots. "I'm serious. He's Welsh in the tradition of Anthony Hopkins and Richard Burton: fiery, mercurial, unpredictable." A keen footballer, Sheen was scouted and offered a place on Arsenal F.C.'s youth team at the age of 12 but his family were unwilling to relocate to London, England. He later said he was "grateful" for his parents' decision as the chances of forging a professional football career were "so slim". "It would have meant moving from Wales to London as a family. It was just too big an upheaval." He lost interest in playing football in his early teens.

Sheen was raised in a theatrical family—his parents were both involved in local amateur operatics and musicals and, later in life, his father worked as a part-time professional Jack Nicholson look-alike. In his teenage years, Sheen was involved with the West Glamorgan Youth Theatre and, later, the National Youth Theatre of Wales. "It was a brilliant youth theatre", Sheen has said, "and it taught me not only a lot about acting, but also about work ethic; it was very disciplined." He was influenced by the performances of Laurence Olivier and the writings of theatre critic Kenneth Tynan—"the combination of those two things kind of blew my head off." Sheen was educated at Blaenbaglan Primary School, Glan Afan Comprehensive School and, finally, Neath Port Talbot College where he sat A-levels in English, Drama and Sociology. He considered studying English at university but instead decided to attend drama school. He moved to London in 1988 to train as an actor at the Royal Academy of Dramatic Art (RADA), having spent the previous year working in a Welsh fast food restaurant called Burger Master to earn money. Sheen was granted the Laurence Olivier Bursary by The Society of London Theatre in his second year at RADA. He graduated in 1991 with a BA in Acting.

Sheen worked predominantly in theatre in the 1990s and has since remarked that he will always feel "slightly more at home" on stage. "It's more of an actor's medium. You are your own editor, nobody else is choosing what is being seen of you." His first professional role, while still in his third and final year at RADA, was in When She Danced at the Globe Theatre in 1991. He later described the role as "a big break. One day I was at RADA doing a movement class, the next I was at a read-through with Vanessa Redgrave and Frances de la Tour." Milton Shulman of the Evening Standard praised an "excellent" performance while The Observer wrote of "a notable West End debut". In 1992, Sheen's performance in Romeo and Juliet at the Royal Exchange received a MEN Theatre Award nomination and led theatre critic Michael Coveney to declare him "the most exciting young actor of his generation ... a volatile, electrifying and technically fearless performer".

In 2002, Sheen began to devote more time to film work. Heartlands, a little-seen 2002 film about a naive man's road trip in the Midlands, was his first leading film role. While The Guardian dismissed the "cloying bittersweet-regional-lottery-Brit film", it noted that "Sheen himself has a childlike, Frank Spencer-ish charm". "It was great to do something that was so different", Sheen has said of the role. "I usually play very extreme characters but I couldn't get away with doing all my usual silly tricks with Colin." In other 2003 film work, Sheen appeared as a werewolf named Lucian in Underworld and made a brief appearance in the sci-fi film Timeline.

Sheen's breakthrough role was as British politician Tony Blair in 2003's The Deal. The Channel 4 film explored the so-called Granita pact made by Tony Blair and Gordon Brown prior to the 1994 Labour Party leadership election, and was the actor's first collaboration with screenwriter Peter Morgan. Director Stephen Frears cast him because "he was in Mary Reilly and I knew he was brilliant." Filmed while he was playing Caligula nightly on stage, Sheen has remarked, "It’s interesting that in searching for monsters to play, you often end up playing leaders." The Daily Telegraph praised his "earnest, yet steely, portrayal" while The Guardian found him "excellent. This is intelligent and honest casting."

Sheen had an eight-year relationship with English actress Kate Beckinsale from 1995 until 2003. They met when cast in a touring production of The Seagull in early 1995 and began living together shortly afterwards. Beckinsale credited Sheen with saving her from "a hospital for the criminally insane". Their daughter, Lily Mo Sheen, was born in 1999 in London, England. The actress has said she was "embarrassed" that Sheen never proposed but felt as if she were married: "If you keep a library book out long enough, you feel it's yours." Their relationship ended in early 2003, after the filming of Underworld. Beckinsale had persuaded director Len Wiseman to cast Sheen in the film but, while on set, she and Wiseman (who was married) fell in love. She relocated to Los Angeles, California, and married Wiseman in 2004. Sheen also moved from London to Los Angeles following the split in order to live close to his daughter. "I like LA", he has remarked. "It's grown on me and it's my home for now, but I wouldn't choose to live in LA if it wasn't for my daughter... Once Lily's older and able to move around, I'll probably return to the UK." He remains friends with both Beckinsale and Wiseman. "We were very lucky in that we didn't have an acrimonious split," Beckinsale has said. "We are still very close and [our daughter] sees us around each other."  "He's absolutely one of my most favourite people ever." "I love him dearly—I would miss him dreadfully if he wasn't in my life." Sheen has said that Beckinsale "will always be one of the most important people in my life. I have real love for her and a lot of affection for Len."

Sheen had a long-distance relationship with English ballet dancer Lorraine Stewart from late 2004 until mid-2010. He was in a relationship with Canadian actress Rachel McAdams from mid-2010 to early 2013. He began dating American comedian Sarah Silverman in early 2014.