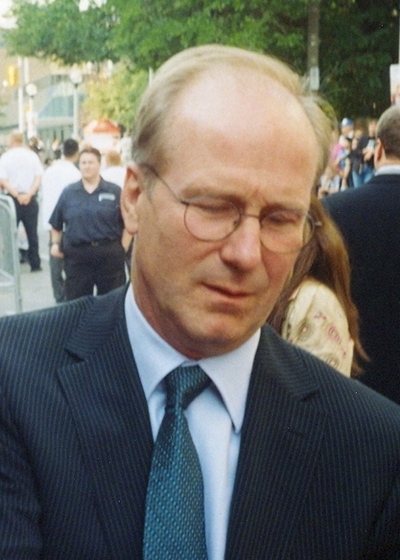 William McChord Hurt (born March 20, 1950) is an American stage and film actor. He received his acting training at the Juilliard School, and began acting on stage in the 1970s. Hurt made his film debut as a troubled scientist in the science-fiction feature Altered States (1980), for which he received a Golden Globe nomination for New Star of the Year. He subsequently played a leading role, as a lawyer who succumbs to the temptations of Kathleen Turner, in the well-received neo noir Body Heat (1981).

In 1985, Hurt garnered substantial critical acclaim and multiple acting awards, including an Academy Award and a BAFTA Award for Best Actor, for portraying an effeminate gay man in Kiss of the Spider Woman. He received another two Academy Award nominations for his lead performances in Children of a Lesser God (1986) and Broadcast News (1987). Hurt remained an active stage actor throughout the 1980s, appearing in Off-Broadway productions, including Henry V, Fifth of July, Richard II, and A Midsummer Night's Dream. Hurt received his first Tony Award nomination in 1985 for the Broadway production of Hurlyburly.

After playing a diversity of character roles in the following decade, Hurt earned his fourth Academy Award nomination for his supporting performance in David Cronenberg's crime thriller A History of Violence (2005). Other notable films in recent years have included A.I. Artificial Intelligence (2001), The Village(2004), Syriana (2005), The Good Shepherd (2006), Mr. Brooks (2007), Into the Wild (2007), The Incredible Hulk (2008), and Robin Hood (2010).

Hurt was born in Washington, D.C., the son of Claire Isabel (née McGill), who worked at Time, Inc., and Alfred McChord Hurt, who worked for the State Department. With his father, he lived in Lahore, Mogadishu and Khartoum. After his parents divorced, his mother married Henry Luce III (a son of publisher Henry Luce) during Hurt's childhood. Hurt graduated from Middlesex School in 1968 where he was vice president of the Dramatics Club and had the lead role in several school plays. His high school yearbook predicted: "With characteristics such as these, you might even see him on Broadway." Hurt attended Tufts University and studied theology, but turned instead to acting and joined the Juilliard School (Drama Division Group 5: 1972–1976). Two of his classmates there were the late actors Christopher Reeve and Robin Williams.

Hurt appeared first on stage, only later turning to film. His first major film role was in the science-fiction film Altered States where his performance as an obsessed scientist gained him wide recognition. His performance with Richard Crenna, Ted Danson and newcomer Kathleen Turner in Lawrence Kasdan's neo-noir classic Body Heat elevated Hurt to stardom, and he later also co-starred in The Big Chill (1983). He appeared in the thriller Gorky Park opposite Lee Marvin. He received the Best Male Performance Prize at the Cannes Film Festival and the Academy Award for Best Actor for Kiss of the Spider Woman in 1985. He has received three additional Oscar nominations: one for Children of a Lesser God, one for Broadcast News and one for Best Supporting Actor in A History Of Violence. Hurt also starred in Tuck Everlasting as Angus Tuck.

Hurt is fluent in French and maintains a home outside Paris. He is the step-grandson of Henry Luce, founder of Time magazine and actress-writer Clare Boothe Luce, through his mother's marriage to Henry Luce's son from his first marriage, Henry Luce III. Hurt was married to Mary Beth Hurt from 1971 to 1982.

Hurt dated Marlee Matlin for one year, and they lived together for two years. In her 2009 autobiography I'll Scream Later, Matlin claimed that their relationship involved considerable drug abuse and physical abuse by Hurt. In response to the accusations aired on CNN on April 13, 2009, Hurt's agent declined to respond, but Hurt issued a statement the following day, which said: "My own recollection is that we both apologized and both did a great deal to heal our lives. Of course, I did and do apologize for any pain I caused. And I know we have both grown. I wish Marlee and her family nothing but good."

Hurt has four children: Alexander with Sandra Jennings, Sam and William with Heidi Henderson, and Jeanne with actress Sandrine Bonnaire.