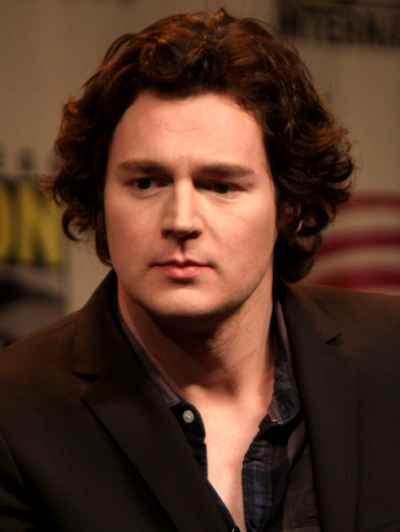 Benjamin Walker Davis (born June 21, 1982), better known as Benjamin Walker, is an American actor. He is best known for playing the title role in the 2012 film Abraham Lincoln: Vampire Hunter, as well as for his appearances in the movies Kinsey (as Alfred Kinsey at age 19), Harlon Block in Clint Eastwood's Flags of Our Fathers, and his critically acclaimed portrayal of Andrew Jackson in the Off-Broadway and Broadway incarnations of Bloody Bloody Andrew Jackson.

Walker was born Benjamin Walker Davis in Georgia, the son of Jeannine (née Walker), a music teacher, and Greg Davis, who owned a movie rental store and works in financial services. He took his mother's maiden name as his stage name because there was another Benjamin Davis already registered with the Screen Actors Guild. Walker attended Cartersville High School in Cartersville, Georgia, the Interlochen Arts Academy in Traverse City, Michigan, and the Juilliard School in New York City. He graduated from the Juilliard Actor Training Program in 2004.

In April 2008, Walker appeared as the Chevalier Danceny in the Roundabout Theatre Company's production of Les Liaisons Dangereuses directed by Rufus Norris and starring Laura Linney, Ben Daniels and Mamie Gummer. Benjamin Walker played the inexperienced lover who becomes the sex pawn of the pernicious La Marquise de Merteuil (Linney). Described as the "definitive battle of the sexes" by Broadway World the production enjoyed a capacity house and was nominated for six Tony awards.

Walker starred in Will Frears' short narrative film, All Saint's Day (2007), which ran at Tribeca, Sarasota, and SCADs film festivals. The film was the Savannah College of Art and Design winner for the narrative short category.

Walker appeared in two independent films in 2009: in Will Frears' Coach as "Andy" and in Ron Daniel's film adaption of Naomi Wallace's play The War Boys (2009) as "David".

Walker became engaged to actress Mamie Gummer in 2009, and they were married in 2011. They lived in an apartment in Park Slope, Brooklyn. In March 2013, it was announced that they had amicably separated and plan to divorce.