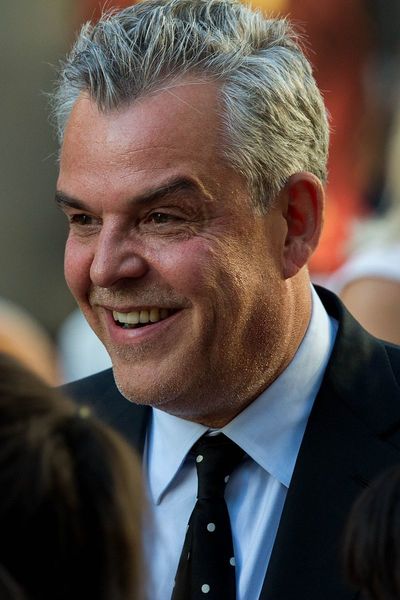 Daniel Sallis "Danny" Huston (born May 14, 1962) is an American actor, writer and director. Huston got his start directing Mr. North starring Anthony Edwards, Robert Mitchum and his half-sister, Anjelica Huston. Later, Huston gave his breakthrough acting performance in the independent film Ivans Xtc and was nominated for Best Male Performance at the Independent Spirit Awards in 2003.

His film credits include Birth opposite Nicole Kidman, Martin Scorsese’s The Aviator, for which the ensemble cast was nominated for a 2004 Screen Actors Guild Award, The Constant Gardener, for which he received the Golden Satellite Award for Best Supporting Actor for his performance; Sofia Coppola’s Marie Antoinette, Peter Berg’s The Kingdom, Ridley Scott’s Robin Hood and Sacha Gervasi’s Hitchcock. Huston’s latest film, The Congress, opened the 45th Director’s Fortnight sidebar at the Cannes Film Festival on May 16, 2013. Huston co-starred in Tim Burton's film Big Eyes, alongside Christoph Waltz, Amy Adams, Krysten Ritter and Jason Schwartzman. As of 2013, he has appeared in the FX thriller series American Horror Story, portraying The Axeman in American Horror Story: Coven and Massimo Dolcefino in American Horror Story: Freak Show.

Huston was born in Rome, Italy. He is the son of actress Zoe Sallis and director John Huston, adoptive half-brother of Pablo Huston, half-brother of actress Anjelica Huston and screenwriter Tony Huston, uncle of actor Jack Huston, and grandson of Academy Award-winning actor Walter Huston, through whom he is of English, Scots-Irish, Welsh and Scottish descent. His mother was an actress and author whose ancestry was Indian and English. Huston was conceived as a result of an affair between his mother and John Huston.

His father, John Huston, produced Danny's first feature as a director, Mr. North, an adaptation of Thornton Wilder's last novel, Theophilus North. In 1995's Leaving Las Vegas, he moved in front of the camera and has since acted in over 20 films. That same year, he directed the film The Maddening. He gave his breakthrough acting performance in the independent film Ivans Xtc. The Bernard Rose feature was nominated for several Independent Spirit Awards in 2003, including Best Male Performance for Huston’s portrayal of Hollywood talent agent Ivan Beckman. Huston has worked nonstop as an actor ever since.

Soon after Ivans Xtc, he worked on Martin Scorsese's The Aviator with Leonardo DiCaprio and Alec Baldwin, for which the ensemble cast was nominated for a 2004 SAG Award. In 2006, Huston received the Golden Satellite Award for Best Supporting Actor for his performance as Sandy Woodrow in Fernando Meirelles' The Constant Gardener. That year, Huston starred in the critically acclaimed Australian western The Proposition with Guy Pearce and Emily Watson. The film premiered at the Sundance Film Festival.

Huston also starred in the British independent features Alpha Male and Oliver Parker’s Fade to Black, in which he played Orson Welles alongside Christopher Walken and Paz Vega. He has collaborated several times with British directors Mike Figgis and Bernard Rose, most recently with Rose on The Kreutzer Sonata, which premiered at the 2008 Edinburgh International Film Festival.

His other film credits include Birth, Silver City, Marie Antoinette, The Number 23, The Kingdom, How to Lose Friends & Alienate People and 30 Days of Night. He portrayed Samuel Adams in the award-winning HBO miniseries John Adams and also portrayed Colonel William Stryker in X-Men Origins: Wolverine, a prequel for the trilogy.

His 2009–10 roles include Boogie Woogie, The Warrior's Way, the thriller Edge of Darkness, and the adventure films Clash of the Titans and Robin Hood. He played the famous lawyer Geoffrey Fieger HBO's film You Don't Know Jack. Huston will also feature alongside Nicolas Cage in the Simon West-directed film Medallion.

Huston played gangster Ben "The Butcher" Diamond on Mitch Glazer's Magic City on the Starz network from 2012 to 2013. He was nominated for the Golden Globe Award for Best Supporting Actor – Series, Miniseries or Television Film in 2013. Later that year, he portrayed The Axeman in a recurring role on American Horror Story: Coven.

Huston has been married twice. His first marriage was in 1989 to Academy Award nominee Virginia Madsen; they divorced in 1992. He married his second wife, Katie Jane Evans, in 2001 and they separated in 2006. Evans took her own life in October 2008 before the divorce was finalized. They had one daughter named Stella. He dated Magic City co-star Olga Kurylenko for approximately a year.