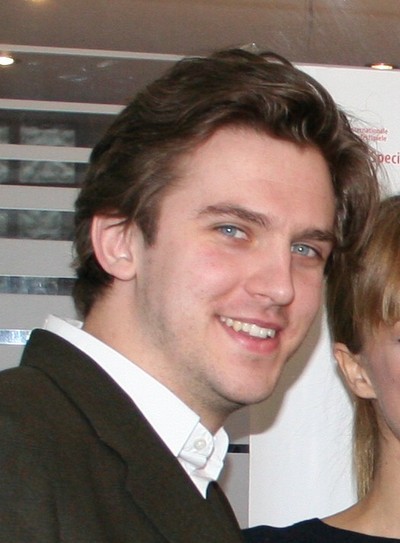 Daniel Jonathan "Dan" Stevens (born 10 October 1982) is an English actor and producer. He is known for his role as Matthew Crawley on Downton Abbey from 2010 to 2012.

Stevens was born in Croydon, London. He was adopted at birth and grew up in Wales and Southeast England. He has a younger brother who was also adopted. After a rebellious youth, Stevens boarded at Tonbridge School, a private boarding school in Kent, where he became interested in drama after auditioning for the title role in Macbeth with his teacher, novelist Jonathan Smith. From the age of 15, he spent his summers training and performing with the National Youth Theatre in London.

Stevens read English Literature at Emmanuel College, Cambridge and narrowly missed out on first class honours due to devoting much of his time to theatre during his final year. While at Cambridge, he was a member of the Footlights with Stefan Golaszewski, Tim Key, and Mark Watson, and was also active in the Marlowe Society. He was first spotted by director Peter Hall at a Marlowe Society production of Macbeth, in which he played the title character alongside Hall's daughter.

​In 2004, Stevens began his professional acting career when Peter Hall cast him as Orlando in his touring production of Shakespeare's As You Like It. The tour took the production to the Rose Theatre in Kingston upon Thames, the Brooklyn Academy of Music in New York City, the Curran Theatre in San Francisco, and the Ahmanson Theatre in Los Angeles. His debut performance earned him glowing reviews from prominent critics in England and the United States, as well as a commendation at the 2004 Ian Charleson Awards.

In 2006, Stevens starred as Nick Guest in the BBC adaptation of Alan Hollinghurst's Booker Prize-winning novel The Line of Beauty. Later that year he played Simon Bliss in Hay Fever by Noël Coward at London's Haymarket Theatre, alongside Peter Bowles and Dame Judi Dench; the director was Peter Hall. He also performed as Lord Holmwood in an adaptation of Dracula for the BBC, and as Basil Brookes in the BBC Emmy-award-winning film, Maxwell.

In 2008, Stevens appeared in the BBC adaptation of Jane Austen's novel, Sense & Sensibility, playing Edward Ferrars, and the West End revival of Noël Coward's The Vortex. In January 2009 he appeared on New Year's Day in Agatha Christie's Marple: Nemesis on ITV1 in Britain. In June 2009 he returned to the West End, playing Septimus Hodge in an acclaimed revival of Tom Stoppard's Arcadia at the Duke of York's Theatre.

In 2010, Stevens got his biggest break when he was cast as Matthew Crawley in the ITV series Downton Abbey, created and written by Oscar-winning screenwriter Julian Fellowes. The series went on to be a global sensation, and has been nominated for several Emmy, BAFTA,Golden Globe and Screen Actors Guild Awards since its debut. The central love story of Matthew Crawley and his distant cousin, Lady Mary Crawley, played by Michelle Dockery, was enormously popular. Stevens left the series after finishing the third season and the Christmas Special in 2012. His exit caused a huge uproar with fans, who vented on social media in dismay at his beloved character's untimely death.

In 2009, Stevens married South African jazz singer and singing teacher Susie Harriet. They met in 2006, when appearing at different theatres in Sheffield. They have a daughter named Willow (born 2009) and a son named Aubrey (born 2012). Rebecca Hall is godmother to his daughter Willow.