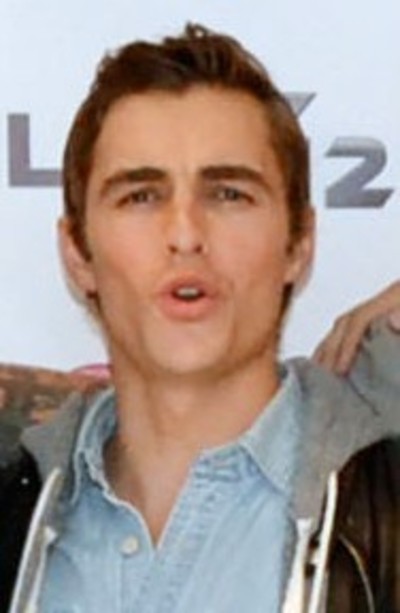 David John "Dave" Franco (born June 12, 1985) is an American television and film actor who is known for his roles in the films 21 Jump Street, Charlie St. Cloud, Fright Night, Now You See Me, Warm Bodies, and Neighbors, and on the ninth season of the series Scrubs. He is the younger brother of actor James Franco.

Franco was born in Palo Alto, California, the son of Betsy Lou (née Verne), a poet, author, and editor, and Douglas Eugene "Doug" Franco (1948–2011), who ran a Silicon Valley business; the two met as students at Stanford University. Franco's father was of Portuguese (from Madeira) and Swedish descent. Franco's mother is Jewish (from a family of Russian Jewish ancestry, with her parents having changed the surname from "Verovitz" to "Verne"); Dave has stated that he is "proud" to be Jewish. Franco's paternal grandmother, Marjorie (Peterson) Franco, is a published author of young adult books. Franco's maternal grandmother, Mitzie (Levine) Verne, owned the Verne Art Gallery, a prominent art gallery in Cleveland, and was an active member in the National Council of Jewish Women. Franco grew up in California with his two older brothers, Tom and James.

He studied in University of Southern California, and originally envisioned himself as a high-school teacher teaching creative writing, until his brother James Franco's manager guided him to a theater class when he was a sophomore, where he started learning acting skills.

In 2006, Franco made his acting debut on The CW drama television series 7th Heaven. Since then he appeared in television shows such as Do Not Disturb and Young Justice. Franco has also had noticeable roles in films such as Superbad, Charlie St. Cloud, 21 Jump Street, Warm Bodies, The Shortcut and Now You See Me. In May 2008, he was cast in The CW teen drama television series Privileged. The series centered on a live-in tutor for two spoiled heiresses in Palm Beach. Franco was cast in an initial major recurring role. The series premiered on September 9, 2008 to 3.1 million viewers. Ratings continued to slip each week with the series sixth episode reaching 1.837 million viewers. The CW did not renew the series for a second season due to low ratings.

In August 2009, Variety announced Franco was cast in a regular role for the ninth season of the ABC sitcom series Scrubs. Franco portrayed the role of medical student Cole Aaronson, whose family paid a large sum of money to Sacred Heart Hospital so that he would receive an internship. Franco went on to appear in all thirteen episodes of the ninth season and received praise from critics for his performance; however, the ninth was the final season of the series.

MTV Networks' NextMovie.com named him one of its "Breakout Stars to Watch For" in 2011. In August 2011, Franco starred in the 3D horror comedy film Fright Night alongside Colin Farrell and Toni Collette. The film is a remake of the 1985 film of the same name and follows a teenage boy who finds out his neighbor is a vampire. Franco played the role of popular high school student Mark. The film received positive reviews from critics and went on to make over $41 million worldwide.

In April 2012, Shalom Life ranked him and his brother James at number 2 on its list of "the 50 most talented, intelligent, funny, and gorgeous Jewish men in the world". In March 2012, Franco starred in the Columbia Pictures action comedy film, 21 Jump Street, as Eric, a high school student and the lead drug dealer. The film was based on the 1987 television series of the same name.

In 2013, he co-starred in the zombie romance film Warm Bodies, as Perry Kelvin. The film, an adaptation of the best-selling novel Warm Bodies, followed a romance between a zombie and a human during a zombie apocalypse. The same year, Franco appeared alongside Jesse Eisenberg, Mélanie Laurent, Woody Harrelson, Mark Ruffalo, Morgan Freeman and Isla Fisher in the ensemble crime thriller film Now You See Me. To promote the film, he was interviewed on the Bob Rivers Show, based in Seattle. Rivers persuaded Franco to show the card-throwing abilities he had learned and Franco expertly sliced half a banana into a further half with his hotel card.

Franco's 2014 roles included the Seth Rogen comedy Neighbors and a cameo appearance in 22 Jump Street. In 2015 he co-starred with Vince Vaughn and Tom Wilkinson in the comedy Unfinished Business.

Upcoming roles include playing Greg Sestero in the film The Masterpiece, reprising his role of Jack Wilder in the film Now You See Me: The Second Act, and playing legendary actor Montgomery Clift in Zeroville.

Franco has been dating actress Alison Brie since 2012. In August 2015, the couple became engaged. 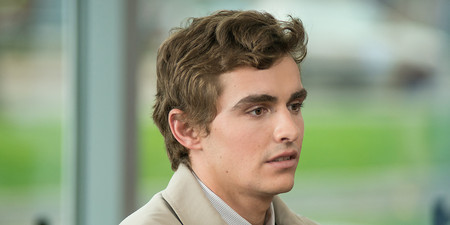 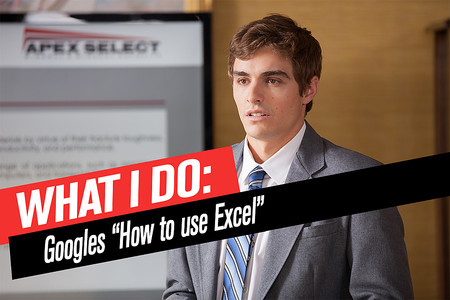 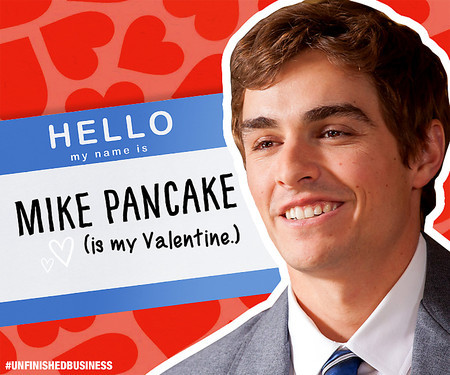