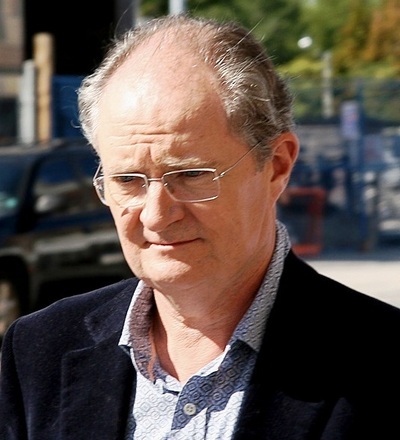 Broadbent's early stagework included a number of productions for The National Theatre of Brent, as the downtrodden assistant Wallace to Patrick Barlow's self-important actor/manager character Desmond Olivier Dingle. Broadbent and Barlow played many male and female character roles in comically less-than-epic tellings of historical and religious stories such as The Messiah, The Complete Guide to Sex, The Greatest Story Ever Told, Revolution!!, and All The World's A Globe. These were hits at the Edinburgh Fringe, in London, and on tour. Later stage work included the original productions of Kafka's Dick (1986) and Our Country's Good (1988) at the Royal Court Theatre and work for the Royal National Theatre including "The Government Inspector". Work on the stage with Mike Leigh includes Goosepimples and Ecstasy.

Broadbent is married to painter and former theatre designer, Anastasia Lewis. He is an atheist.