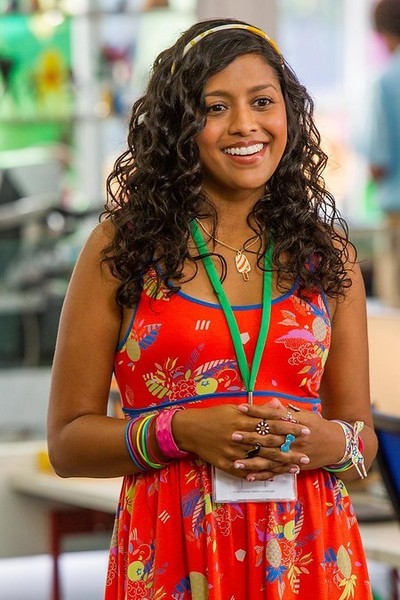 She is best known for her roles in The Internship, 17 Again – Back to High School and the series Vampire Diaries. She was included in Anokhi Magazine's "Sexy and Successful in 2010" feature with a full page spread in their 7th Anniversary issue. She can speak a bit of Bengali as well as some Spanish, French and Italian. She has a Maltipoo named Vegas. Tiya Sircar is originally from Texas and considers Austin her hometown.

The daughter of college professors, Sircar became involved in the performing arts at the age of three. She began with dance (ballet, jazz, modern and South Asian folk and classical dance) and then became equally interested in acting and musical theater. She continued to study and perform in school and community productions before moving to Los Angeles to pursue a professional acting career in Hollywood.

Sircar has appeared in a wide variety of television shows such as House MD, Hannah Montana, Greek,Moonlight, Numb3rs, Privileged, Terminator: The Sarah Connor Chronicles, and was a recurring character on The Suite Life on Deck. In 2008, she played a Mac Genius as part of Apple’s national ad campaign. The following year, she voiced an animated character for the Disney show Phineas & Ferb. Her big break came when she appeared in New Line Cinema's 17 Again as "Samantha"–a high school senior with a crush on the lead character played by Zac Efron.

In the summer of 2009, Sircar introduced fans to her passion for the environment and vast fashion and beauty sense when she was asked to write as a Guest Celebrity Editor for online beauty magazine Beauty Blitz. Tiya informed her readers on the best eco-friendly spas, her favorite organic beauty products and essential animal friendly labels. She continues to support various environmental organizations as well as social organizations that support the humane treatment of animals.

Sircar has completed work on the film Just Peck with Marcia Cross and Camryn Manheim which was showcased at the coveted 2009 Cannes Film Festival. She also recently finished filming the action/adventure film The Lost Medallion: The Adventures of Billy Stone starring James Hong and Jansen Panettiere, shot on location in Thailand. Her latest film, entitled Laggies, co-starring Chloë Grace Moretz, Keira Knightley, and Sam Rockwell, is currently in post-production. Most recently, Sircar appeared on Season One of the Lifetime's Witches of East End.