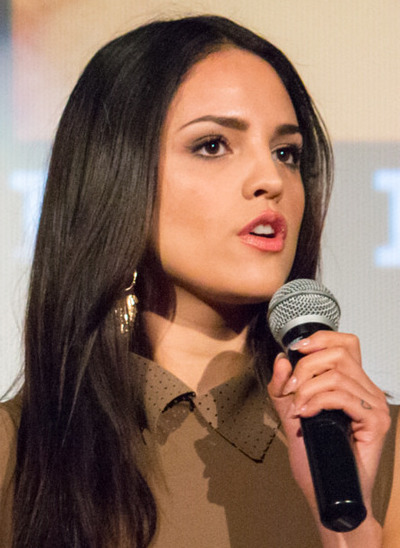 Eiza González Reyna (born 30 January 1990) is a Mexican actress and singer. She gained popularity for her debut role as Lola Valente in the Mexican musical telenovela Lola, érase una vez. She also portrayed the lead role of Clara Molina on the Nickelodeon teen drama Sueña conmigo. González gained further success starring as Santanico Pandemonium in the American horror series From Dusk till Dawn: The Series (2014–2016). She is also known for her roles as Monica "Darling" Castello in the action crime film Baby Driver (2017), Nyssiana in the cyberpunk action film Alita: Battle Angel (2019), and Madam M in The Fast and the Furious spin-off film Hobbs & Shaw.

Born in Mexico City, Mexico, González is the only daughter of former Mexican model, Glenda Reyna, and Carlos González. Her father died in a motorcycle accident when she was twelve; she has cited her father's death as a strong influence in her career. She has one brother, Yulen, who is twelve years older than her. She attended two private bi-lingual schools, Edron Academy and the American School Foundation, both located in Mexico City. She completed two years of a three-year course at Televisa's acting school, Centro de Educación Artística, before she was cast as the protagonist in the 2007 teen-oriented telenovela Lola...Érase una vez at 16.

From 2003 through 2004, González studied acting at the M&M Studio, an acting school in Mexico City run by famed actress, Patricia Reyes Spíndola. At age 14, she was accepted into Televisa's famous acting school, Centro de Educación Artística in Mexico City. While attending school, she was first spotted by producer and director, Pedro Damián, best known for his success with Latin pop band, RBD. Two years later, Damian cast González in a remake of Argentina's famous children's telenovela, Floricienta. She portrayed Lola Valente, the lead female protagonist in Lola, érase una vez. The show began filming in late 2006 and debuted in Mexico on February 26, 2007. It was later shown in various countries throughout Latin America and United States. Following the completion of Lola, érase una vez, González, accompanied by her mother, moved to New York City briefly to attend a three-month course of acting classes at the Lee Strasberg Theatre and Film Institute in the spring of 2008. She returned to Mexico City in early fall of that same year.

In April 2009, was cast in an episode of the popular crime drama television series Mujeres Asesinas as a supporting character for the second season. She starred alongside Mexican actress Susana González in the episode Tere, Desconfiada, playing the teenage antagonist, Gaby. González commented that she was informed about the casting call while she was preparing to release her first solo album Contracorriente.

In 2010, Nickelodeon announced that González would be starring in teen sitcom Sueña conmigo, where he played the characters of Clara Molina and Roxy Pop. For the role, González traveled to Buenos Aires to film in April 2010. She lived in Buenos Aires for a year, travelling back to Mexico City on breaks during the production of the series. When filming ended in February 2011, Gonzalez returned to Mexico City. The show was produced by Nickelodeon and Televisa, and aired on July 20, 2010 in Latin America and Europe. Because of its success in Argentina, the cast performed several concerts in throughout Argentina from March to July 2011.

In 2012, González filmed Casi 30, a comedy-drama directed by Alejandro Sugich. González plays Cristina, an 18-year-old ballet student who falls in love with Emilio, the film's lead character. The film marks González's acting debut in cinema. In 2013, the movie premiered at several film festivals in Mexico, but it premiered nationwide in Mexico on August 22, 2014.

In late August 2013, González moved to Los Angeles, California to further pursue her acting career. In September 2013, González was cast in director Adrian Cervantes' film, All Hail the Squash Blossom Queen. The film was slated to star Bonnie Wright of the Harry Potter film franchise, and González was expected to play "Brittany" in the movie. She was later dropped from the project when the role was recast in 2015.

In November 2013, she was announced as a cast member for producer Robert Rodriguez's television series, From Dusk till Dawn: The Series. González plays Santanico Pandemonium, a role portrayed by Salma Hayek in the original film. The role is González's first English-speaking part, and she is also featured prominently on the print advertisements for the series. The show is produced by Rodriguez for his cable network El Rey. González relocated to Austin, Texas to film the program's first season. Following its U.S. debut, the show began available for streaming internationally on Netflix in England, Canada, Australia, Europe and Latin America. On March 26, 2014, the series was renewed for a second season on El Rey. On August 12, 2014, she hosted the MTV Millennial Awards at the World Trade Center Mexico City in Mexico City. In March 2015, González and the cast of From Dusk till Dawn: The Series returned to Austin, Texas to begin filming for the show's second season.

She appeared as "Darling" in the action film Baby Driver, released in 2017.

She appeared as Madam M in The Fast and the Furious franchise spin-off film Hobbs & Shaw, released in 2019.

As of late August 2013, González was living in Los Angeles. She is fluent in English and Spanish, and she also speaks some Italian. In 2014, she began dating her From Dusk till Dawn: The Series co-star, D.J. Cotrona, until June 2016. In September 2015, she revealed that she struggled with depression and compulsive overeating from age 15 to age 20 as a result of her father's death. 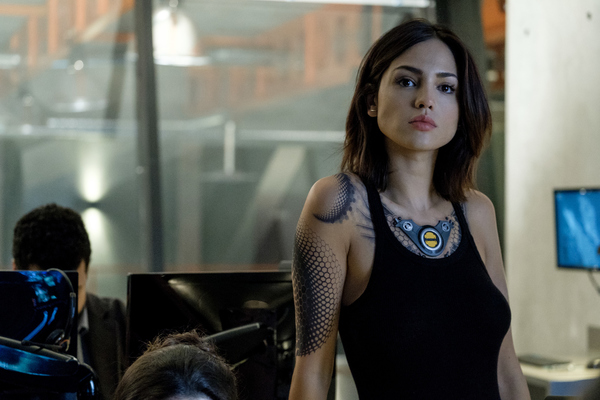 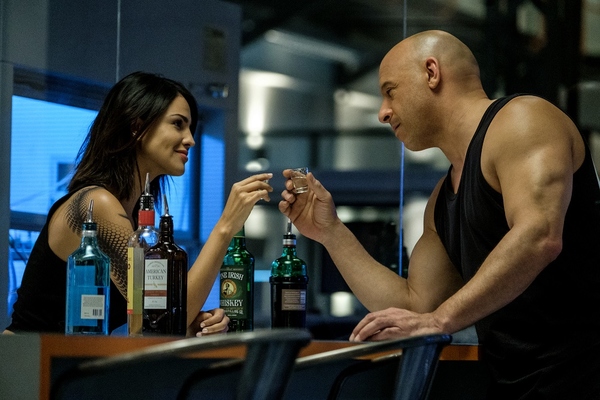 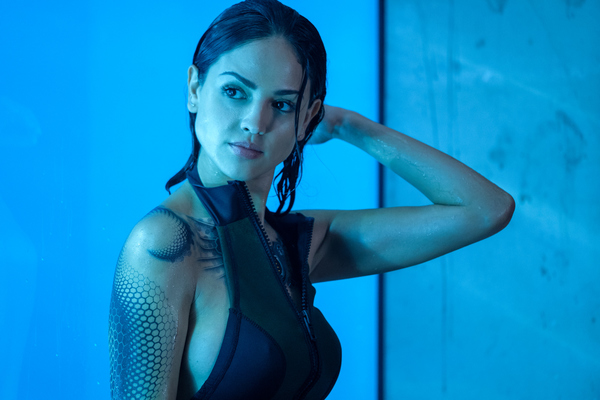