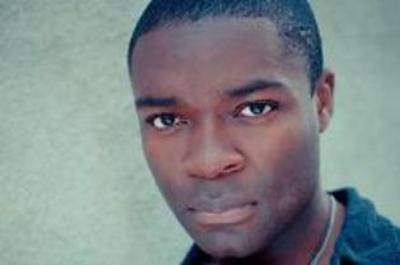 David Oyelowo (born 1 April 1976) is a British actor. He is best known for his role as Louis Gaines in The Butler, and also for his role in Lincoln. He is also well known for the role of MI5 agent Danny Hunter in the British TV series Spooks. He is currently playing Imperial Security Bureau agent Kallus on the upcoming animated series, Star Wars Rebels.

Oyelowo was born in Oxford, Oxfordshire, England, in the United Kingdom, to Nigerian parents.  His mother worked for a railway and his father for the national airline.

He first attended a youth theatre after being invited by a girl to whom he was attracted. He then studied theatre studies for A level at City and Islington College and his teacher suggested he should become an actor. After A levels Oyelowo enrolled for a year on an art foundation course, before winning a place and scholarship at the London Academy of Music and Dramatic Art (LAMDA), finishing his three-year training in 1998.

He began his stage career in 1999 when he was offered a season with the Royal Shakespeare Company playing roles in Ben Jonson's Volpone, as the title character in Oroonoko (which he also performed in the BBC radio adaptation) and Shakespeare's Antony and Cleopatra (1999) alongside Guy Henry, Frances de la Tour and Alan Bates. His next theatrical role is his best known one – his performance as King Henry VI in the Royal Shakespeare Company's 2001 productions of Shakespeare's trilogy of plays about the king as a part of its season This England: The Histories. In a major landmark for colour-blind casting, Oyelowo was the first black actor to play an English king in a major production of Shakespeare, and although this casting choice was initially criticised by some in the media, Oyelowo's performance was critically acclaimed and later won the 2001 Ian Charleson Award for best performance by an actor under 30 in a classical play.

He is married to actress Jessica Oyelowo, with whom he has four children. They live in Los Angeles.