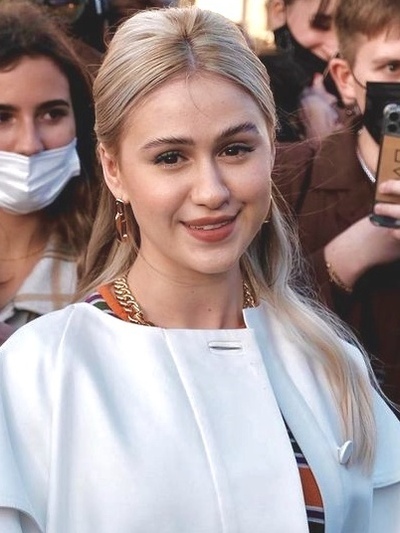 Maria Valcheva Bakalova ( bə-KAH -lo-və; born 4 June 1996) is a Bulgarian actress. She is best known for her role as Tutar Sagdiyev in the 2020 mockumentary Borat Subsequent Moviefilm. For her performance in the film, she won the Critics' Choice Movie Award for Best Supporting Actress, and received nominations at the Academy Awards, the BAFTA Film Awards, the Golden Globe Awards and the Screen Actors Guild Awards.

Born and raised in Burgas, Bakalova began her career in Bulgarian cinema by starring in film productions while attending the National Academy for Theatre and Film Arts in Sofia. She appeared in films such as Transgression (2017), The Father (2019), Last Call (2020) and Women Do Cry (2021). Since her international breakthrough in 2020, she has been a part of several American productions including Judd Apatow's The Bubble (2022) and the A24 horror film Bodies Bodies Bodies (2022).