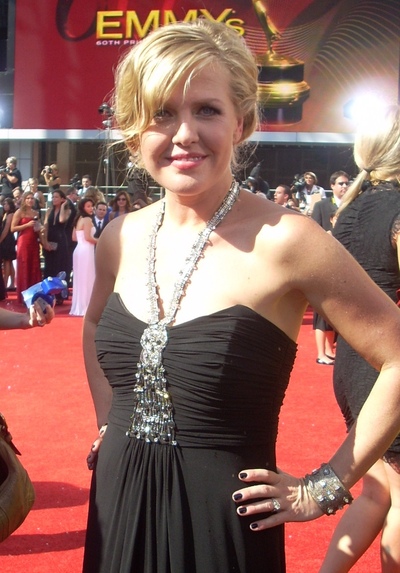 Ashley Jensen (born 11 August 1969 in Annan, Dumfries and Galloway) is a Scottish actress. She was nominated for an Emmy for her role on the television series Extras, on which she appeared from 2005–2007. She was also a cast member of the ABC show Ugly Betty and the CBS sitcom Accidentally on Purpose.

Her first big television role was as eccentric secretary Rosie McConnichy in the final series of BBC comedy May to December, as a replacement for the character of secretary Hilary. In 1994 she played Heather in Roughnecks, a BBC television series based around the workers on a North SeaOil platform. In 1996 she played Clare Donnelly, the daughter of Glasgow criminal Jo-Jo Donnelly (played by Billy Connolly) in the BBC drama Down Among the Big Boys. She then appeared as Fiona Morris in East Enders. Jensen also had a small role in a Dangerfield episode called "Contact," in which she played the mother of a young girl with meningitis.