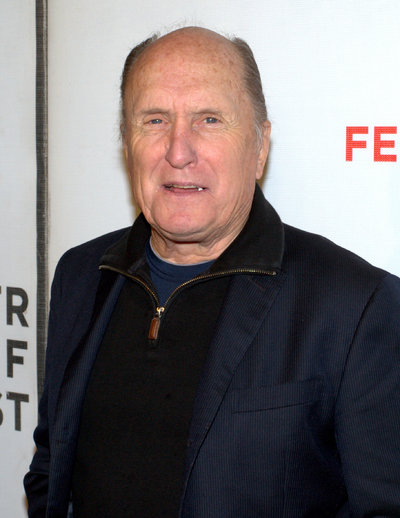 Robert Selden Duvall (born January 5, 1931) is an American actor and director. He has won an Academy Award, two Emmy Awards, four Golden Globe Awards and a BAFTA over the course of his career.

A veteran actor, Duvall has starred in some of the most acclaimed and popular films and TV shows of all time, among them The Twilight Zone, The Outer Limits, To Kill a Mockingbird, THX 1138, Joe Kidd, The Godfather, The Godfather Part II, MASH, Network, The Apostle, True Grit, The Conversation, Apocalypse Now, Falling Down, Tender Mercies, The Natural and Lonesome Dove.

He began appearing in theater during the late 1950s, moving into television and film roles during the early 1960s in such works as To Kill a Mockingbird (1962) (as Boo Radley) and Captain Newman, M.D. (1963). He landed many of his most famous roles during the early 1970s with films like the blockbuster comedy MASH (1970) (as Major Frank Burns) and the lead in George Lucas' THX 1138 (1971), as well as Duvall's own favorite, Horton Foote's adaptation of William Faulkner's Tomorrow (1972), a project developed at The Actors Studio. This was followed by a series of critically lauded performances in films which were also commercial successes.

Robert Selden Duvall was born in San Diego, California, the son of Mildred Virginia (née Hart), an amateur actress, and William Howard Duvall, a Virginia-born U.S. Navy admiral. His mother was a relative of American Civil War General Robert E. Lee and as such, of the Lee Family of Virginia, while his father was of part French Huguenot ancestry, as a descendant of settler Mareen Duvall.

Duvall was raised in the Christian Science religion and has stated that while it is his belief, he does not attend church. He grew up primarily on the East Coast, mainly in Annapolis, Maryland, the main hub of the US Navy. He recalled, "I was a Navy brat. My father started at the Academy when he was 16, made captain at 39 and retired as a rear admiral." He attended Severn School in Severna Park, Maryland, and The Principia in St. Louis, Missouri, and graduated, in 1953, from Principia College in Elsah, Illinois. He served in the United States Army from August 19, 1953, to August 20, 1954, leaving as Private First Class. While stationed at Camp Gordon (later renamed Fort Gordon) in Georgia, Duvall acted in an amateur production of the comedy "Room Service" in nearby Augusta Duvall served two years in the US Army during the Korean War. He explained in 1984, "That's led to some confusion in the press. Some stories have me shooting it out with the Commies from a foxhole over in Frozen Chosen. Pork Chop Hill stuff. Hell, I barely qualified with the M-1 rifle in basic [training]. He then attended Principia College in Elsah, Illinois.

In winter 1955 he began studies at the Neighborhood Playhouse School of Theater in New York, under Sanford Meisner, on the G.I. Bill. He was there for two years. Dustin Hoffman, Gene Hackman and James Caan were among his classmates. He was there in 1957 attending Meisner's classes. While working to become an actor, he worked as a Manhattan post office clerk. Duvall is friends with actors Dustin Hoffman and Gene Hackman whom he knew during their years as struggling actors. In 1955, Duvall roomed with Hoffman in a New York City apartment while they were studying at The Neighborhood Playhouse School of the Theatre. Around this time he also roomed with Hackman, while working odd jobs such as clerking at Macy's, sorting mail at the post office and driving a truck.