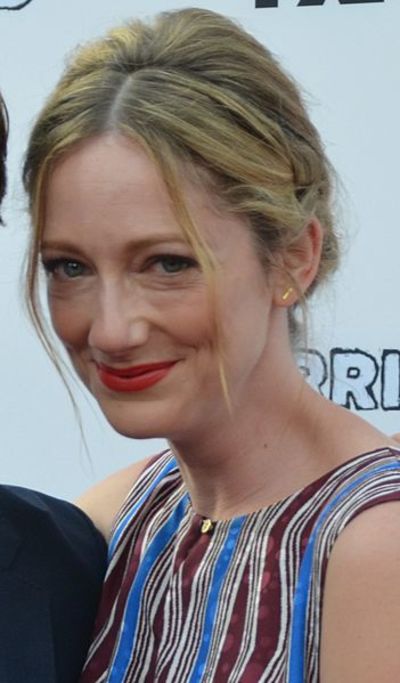 Judy Greer (born Judith Therese Evans; July 20, 1975) is an American actress and author, best known for portraying a string of supporting characters, including Kitty Sanchez on the Fox/Netflix series Arrested Development and Cheryl Tunt on the animated comedy series Archer. Greer has had a supporting role in a number of romantic comedy films, including The Wedding Planner, 13 Going on 30, 27 Dresses and Love and Other Drugs. She also had a supporting role in the 2011 film The Descendants. In 2011, Greer began hosting an online series of workout videos called Reluctantly Healthy, which in the fall of 2014 was adapted by Litton Entertainment into a series as part of their Saturday morning One Magnificent Morning block for The CW. 2014 saw the publication of her first book, I Don't Know What You Know Me From: Confessions of a Co-Star.

Greer was born in Detroit, Michigan. Her mother, Mollie Ann (née Greer), is a hospital administrator and former nun, and her father, Rich Evans, is a mechanical engineer. She was raised as a Catholic and grew up in Redford Township and Livonia. Greer attended Churchill High School and graduated from The Theatre School at DePaul University in 1997.

In April 2008, Greer appeared as a yoga instructor in the "Get a Mac" ad series featuring John Hodgman and Justin Long. Greer starred in a CBS sitcom entitled Mad Love, which premiered in February 2011 as a midseason replacement 2010–2011. The show was canceled after the first season.

Greer is also a voice actress, voicing the character of Cheryl on the animated comedy series Archer, a character which has been compared to her role on Arrested Development, and the character of Wendy Park on the stop-motion animated sitcom Glenn Martin, DDS. As of 2011, Greer portrays Bridget Schmidt, Walden Schmidt (Ashton Kutcher)'s ex-wife in Two and a Half Men, Myra, a love interest of Charlie Harper (Charlie Sheen) and the sister of Herb Melnick, (Ryan Stiles) in two episodes of the show in 2007.

In November 2011, Greer was honored with the John Cassavetes Independent Spirit Award at the Denver Film Festival, where two films featuring Greer were in the festival's programming, including a red carpet screening of Alexander Payne's The Descendants and the Jay and Mark Duplass' Jeff, Who Lives at Home. She is the first actress to be honored with the award. She played the gym teacher Miss Desjardin in the 2013 film adaptation, Carrie, alongside Chloë Grace Moretz and Julianne Moore, and played female chimp Cornelia in the sequel Dawn of the Planet of the Apes (2014). In 2014, Greer made her directorial debut, with a short film for AOL, Quiet Time. Greer stars with Nat Faxon in the FX comedy series Married, which premiered in July 2014. In 2015, Greer co-starred in the films Tomorrowland and Jurassic World.

Greer is married to Dean E. Johnsen, an executive producer of Real Time with Bill Maher.

During an interview Greer has stated she is no longer a practicing Catholic. In 2014, she told Glamour, "I had been wanting to try and learn how to meditate, and I did research on the different types of meditation. TM seemed the easiest, and I liked that it wasn't religious in any way."