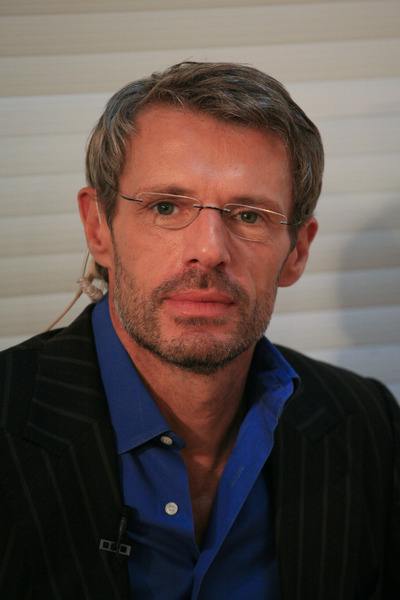 Lambert Wilson (born 3 August 1958 in Neuilly-sur-Seine, France) is a French actor. He is internationally known for his portrayal of The Merovingian in The Matrix Reloaded and The Matrix Revolutions. Wilson is the son of Georges Wilson, who was an actor, theatrical manager and director of the Theatre National de Paris.

Wilson screen tested for The Living Daylights (1987) for the role of James Bond, appearing in test footage opposite Maryam d'Abo (the Bond girl in The Living Daylights) as Tatiana Romanova, re-enacting scenes from From Russia with Love (1963). Wilson was also featured in a series of Calvin Klein ads featuring Christy Turlington for Eternity in 1991, as well as a poster ad for Eternity in 1998.

Wilson released the album Musicals on the EMIlabel in 1989 (re-issued in 2004), with John McGlinn conducting Orchestre Philharmonique de Monte-Carlo. It features him singing songs of the American Musical Theatre catalogue.