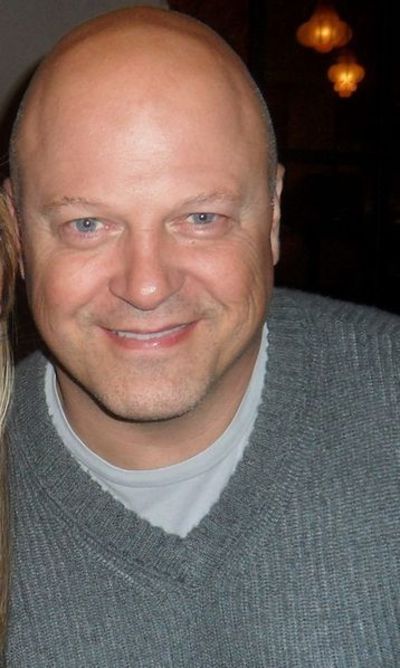 Michael Chiklis (born August 30, 1963) is an American actor, director and television producer. Some of the previous roles for which he is best known include Commissioner Tony Scali on the ABC police drama The Commish, LAPD Detective Vic Mackey on the FX police drama The Shield, the Thing in the Fantastic Four film series, and Jim Powell on the ABC science-fiction comedy-drama No Ordinary Family. He also co-starred as Vincent Savino in the CBS crime drama Vegas. In 2014, Chiklis joined the cast of American Horror Story, for its fourth season, American Horror Story: Freak Show.

Michael Chiklis was born in Lowell, Massachusetts. His mother, Katherine (née Vousboukis), is a hospital administrative aide, and his father, Charlie Chiklis, runs a hair/beauty salon. Chiklis has been described as inheriting his acting ability from his mother. His father is a second-generation Greek American (his paternal ancestors came from Lesbos) and his mother is of Greek and Irish descent. Chiklis grew up in Andover, Massachusetts and began entertaining his family with celebrity imitations when he was five years old. As a child, Chiklis appeared in regional theater productions and became a member of the Actors' Equity Association at age thirteen. In the ninth grade, he portrayed Hawkeye Pierce in Andover High School's production of M*A*S*H. He later attended Boston University College of Fine Arts, where he received a Bachelor of Fine Arts.

After graduation, Chiklis moved to Brooklyn, New York City and was cast in the role of John Belushi in the controversial biopic Wired in 1989. The film was panned in general and flopped at the box office. He also guest starred in several popular television series such as Miami Vice, B.L. Stryker, Wiseguy, L.A. Law, Murphy Brown, and Seinfeld alongside bit parts in films like Nixon.

Chiklis's first successful role was in The Commish, a police comedy/drama that ran from 1991-1996 on ABC. Chiklis played Anthony "Tony" J. Scali, a police commissioner in a small city in upstate New York. A stern but lovable father figure, Chiklis's character had an easygoing style, smart wit, and an unorthodox approach to parenthood and police work.

Chiklis married Michelle Epstein on June 21, 1992, and they have two daughters: Autumn, born on October 9, 1993, and Odessa, born in 1999. Autumn played Vic Mackey's daughter Cassidy on The Shield.