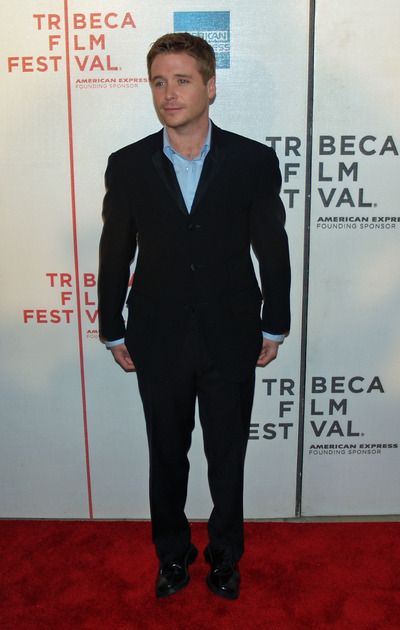 Kevin Connolly (born March 5, 1974) is an American actor and director. He is best known for his role on the HBO series Entourage as Eric Murphy and his role as the eldest son Ryan Malloy in the 1990s television sitcom Unhappily Ever After.

Connolly was born in Medford, New York, the son of Eileen J. (née McMahon) and John Connolly. He is of Irish descent. Kevin graduated Patchogue-Medford High School in 1992.

He began his career at age six, appearing in television commercials, including the popular "Betcha bite a chip" campaign for Chips Ahoy!. In 1990, he landed his first film role, as Chickie in Rocky V. Two years later, Connolly was cast as Shaun Kelly in the film adaptation of Myron Levoy's novel Alan & Naomi, and co-starred with Tobey Maguire in the short-lived Fox sitcom Great Scott!. His appearance in the series later earned him a Young Artist Award nomination for Best Young Actor Co-starring in a Television Series. He portrayed Dabney Coleman's son in the comedy film The Beverly Hillbillies. Connolly continued guest starring in television series including Wings, Getting By and the medical drama ER.

From 1995–96, Connolly starred in Don's Plum alongside friends and future collaborators Tobey Maguire and Leonardo DiCaprio. Later that year, he landed the role of Ryan Malloy on the situation comedy Unhappily Ever After. The series also marked Connolly's directorial debut when he directed six episodes in its fourth season. In 2007, Connolly made his full length movie directorial debut with the film Gardener of Eden, which premiered in April 2007 at the Tribeca Film Festival.

Connolly's best-known role is the character Eric Murphy, better known as "E", on HBO's show Entourage. E is the manager and best friend of Vincent Chase, who is played by Adrian Grenier. The show's 8 season run came to a close in September 2011.

In addition to television work, Connolly has appeared in several major motion pictures including Antwone Fisher, John Q, and The Notebook. In August 2007, he signed on to play a supporting character in He's Just Not That Into You, which was released in 2009. Connolly has reportedly been cast as jazz musician Benny Goodman in an upcoming movie. The film, set in the 1930s, will focus on one of the first interracial bands of the era; Nick Cannon, Brandon Routh, and rapper Ludacris will co-star.

In October 2008, Connolly was hired to direct his first music video for rap artist The Game, featuring R&B artist Ne-Yo. The video is for the song "Camera Phone" from The Game's album LAX.

Connolly attended the 2010 NHL Entry Draft in Los Angeles and announced the final pick of the first round for the New York Islanders. He also directed the documentary film Big Shot, which screened at the 2013 TriBeCa Film Festival and the 2013 Hamptons International Film Festival. The film revisits the fraud perpetrated by would-be Islanders owner John Spano in 1996. He will reprise his role as Eric "E" Murphy for the Entourage film; shooting will start in January 2014.