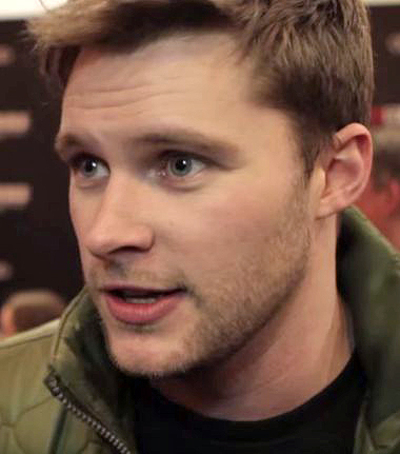 Jack Reynor (born January 23, 1992) is an Irish actor. Notable roles include a lead character in Lenny Abrahamson's critically acclaimed Irish film What Richard Did (2012), for which he won an IFTA Award for Best Film Actor, in Transformers: Age of Extinction, Gerard Barrett's film Glassland where Reynor won the World Cinema Dramatic Special Jury Award for Acting at the Sundance Film Festival, in Macbeth and lead role in Irish film Sing Street.

Reynor was born in Longmont, Colorado and lived in Boulder with his mother, Tara, a native of Ireland. Reynor moved with her to Valleymount, County Wicklow, Ireland, when he was two years old. He went to primary school in the local village and spent his formative years in the rural countryside with his mother and maternal grandparents, Pat and Damien Reynor. His interest in acting began when he played an altar boy on the set of Country, directed by Kevin Liddy, in 1999. He moved to Dublin in 2004 to attend Belvedere College, a private Jesuit school, where he performed onstage in numerous theatrical productions.

In early 2010, he was cast as Robbie, aka 'the boy next door', in Kirsten Sheridan's live format, unscripted Dollhouse, which premiered at Berlinale 2012. He depicted Richard Karlsen in Lenny Abrahamson's feature What Richard Did, which screened at the 2013 Tribeca Film Festival. The film portrays the fall of a high school rugby star and golden boy whose world unravels after his involvement in an act of careless violence. Reynor earned the Irish Film and Television Academy (IFTA) award for best actor in 2013 for his performance, which paved the way for his booking as a smiling barista in the DreamWorks comedy-drama Delivery Man opposite Vince Vaughn.

In January 2013, Reynor was cast as Shane, an Irish race car driver, in Transformers: Age of Extinction, the fourth episode of the Transformers series. The film was released in June 2014 and co-starred Mark Wahlberg and Nicola Peltz. He, Wahlberg and Peltz are contracted for three films, beginning a new Transformers trilogy. He will return for Transformers: The Last Knight (2017). The feature shattered worldwide box office records, making just over $1.1 billion and becoming the highest grossing movie in Chinese history.

Days after wrapping the T4 global press tour, Reynor travelled to London to shoot Andy Serkis' Warner Bros. feature, The Jungle Book, alongside Christian Bale, Cate Blanchett, and Benedict Cumberbatch. The feature uses cutting-edge facial recognition technology that has been specifically invented for the project. Also that year, Reynor starred in upcoming writer/director Gerard Barrett's film Glassland with Toni Collette and Will Poulter, in which he plays a young taxi driver who struggles to instill a sense of structure in his life while his mother suffers from severe alcoholism. The film was released early 2015 and earned Reynor the World Cinema Dramatic Special Jury Award for Acting at the Sundance Film Festival. After Glassland, Reynor shot Julian Jarrold's romantic comedy, A Royal Night Out. His role opposite Sarah Gadon was the character British Army airman Jack, the young Princess Elizabeth's fictional romantic interest during the V.E. Day celebrations in 1945.

Reynor starred with Michael Fassbender, Marion Cotillard and David Thewlis as Malcolm Canmore, the rightful heir to the throne, in The Weinstein Company's feature film Macbeth, directed by Justin Kurzel, which earned an unprecedented ten-minute standing ovation at the Cannes Film Festival and premiered in Edinburgh in September 2015. Following on from the Scottish Film, Reynor next completed shooting John Carney's project Sing Street, set in 1980s Dublin. It premiered at the 2016 Sundance Film Festival.

Reynor has a younger brother and sister. He is engaged to the Irish fitness and fashion model Madeline Mulqueen.