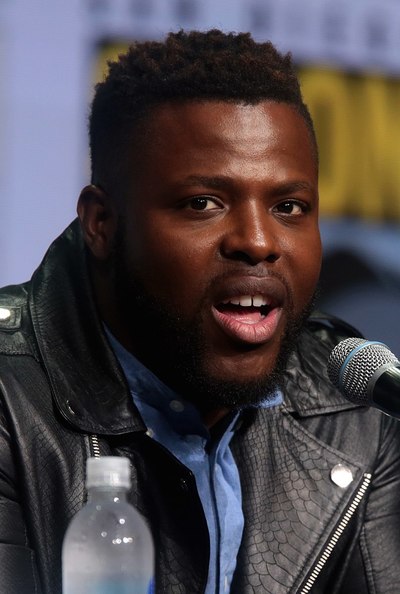 Winston Duke (born November 15, 1990) is a Tobagonian actor based in the United States.

Duke was born in Tobago and emigrated to the U.S. when he was nine years old.

He started acting in theater productions for Portland Stage Company and Yale Repertory Theatre before being cast in Person of Interest. At Yale, he befriended fellow actor and future co-star Lupita Nyong'o. Winston returned to his native Trinidad & Tobago in 2012 for the theatre production of An Echo in the Bone starring alongside actress Taromi Lourdes Joseph and directed by fellow Yale alumna Timmia Hearn Feldman.

Duke will star as a villain in Marvel Cinematic Universe's Black Panther as M'Baku.