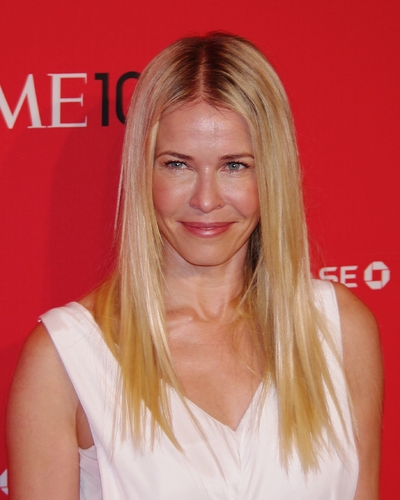 Handler was born in Livingston, New Jersey. The youngest of six children, she was raised in Reform Judaism by her Jewish father, Seymour, and her Mormon mother, Rita. Her mother was German and came to the United States in 1958. Handler has said that while growing up, she felt like an outsider, and told a reporter, "We lived in this nice Jewish neighborhood...Everyone had Mercedes and Jaguars, and I was going to school in a Pinto." Despite this, her family had a summer house on Martha's Vineyard. In a June 2011 episode of her show, she and author James Van Praagh discussed the death of her brother, Chet, when she was nine years old. Handler had an abortion at age 16, which she discussed during an interview in 2011. At age 19, she moved from New Jersey to Los Angeles, California to pursue an acting career, and two years later, decided to become a stand-up comedian after telling her story about a DUI to a class of other offenders, who found it funny.

In July 2007, Handler began starring on her own half-hour, late-night comedy series on E! Entertainment Television titled Chelsea Lately. On the show's 100th episode, she revealed to viewers that the network had picked up Chelsea Lately for another 150 episodes. The show has proved to be a hit by averaging more than a half-million viewers since its premiere (much more than the average for a late night cable program) and having clips on YouTube with more than one million views. In a 2008 interview, Handler said, "The worse the guests are, the more pathetic they are, the funnier the show is." Handler's most recent contract extension will keep Chelsea Lately on the air through 2014. Chelsea Lately is broadcast daily on the E! Network in the UK, Australia, Germany and New Zealand.

She was ranked number 91 in 2009, and number 87 in 2010 on the Maxim (magazine) Hot 100. In 2010, Chelsea Handler was ranked on the Forbes Celebrity 100 at number 98. In 2012, Time magazine placed her on the list of its 100 Most Influential People. On April 2009, she won the Bravo A-List Award for "A-List Funny." On July 2012, she received the Comedy Person of the Year award by Montreal’s Just For Laughs comedy festival. She appeared on one of the two covers for the December 2009 edition of Playboy magazine. Inside the magazine, Handler posed for a non-nude pictorial. She was also featured on the cover of Shape magazine on April 2010, the Hollywood Reporter on June 2011, on Redbook‘s March 2012 issue and on the cover of the September 2012 issue of Marie Claire.

In 2006, Handler began dating Ted Harbert, who oversaw E! Entertainment Television as the former CEO of Comcast Entertainment Group. On January 25, 2010, Handler confirmed, via her late-night talk show, that she had broken up with Harbert.

In 2010, a sex tape of Handler was reportedly being offered for sale. This tape was a copy of Handler's audition tape from the 1990s. Handler has stated she added the sex scenes to her audition tape to appear as if she had accidentally taped over her homemade sex tape, and has been showing the tape at parties "for years".