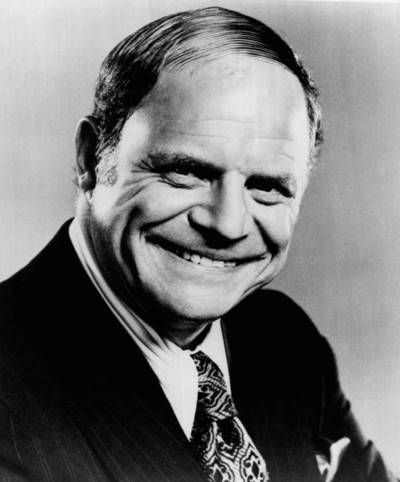 Donald Jay "Don" Rickles (born May 8, 1926) is an American stand-up comedian and actor. A frequent guest on The Tonight Show Starring Johnny Carson, Rickles has acted in comedic and dramatic roles, but is best known as an insult comic.

Rickles was born in the New York City borough of Queens to Max Rickles, who had emigrated in 1902 with his parents Joseph and Frances Rickles (Rikhters) from Kaunas, Lithuania (then in the Russian Empire), and Etta (Feldman) Rickles, born in New York to immigrant parents from the Austrian Empire. His family was Jewish and spoke Yiddish at home. Rickles grew up in the Jackson Heights area.

After graduating from Newtown High School, Rickles enlisted in the U.S. Navy and served during World War II on the USS Cyrene as a seaman first class. He was honorably discharged in 1946. Two years later, he studied at the American Academy of Dramatic Arts and then played bit parts on television. Frustrated by a lack of acting work, Rickles began doing stand-up comedy performing in hotels in the Catskill Mountains in New York. He became known as an insult comedian by responding to his hecklers. The audience enjoyed these insults more than his prepared material, and he incorporated them into his act. When he began his career in the early 1950s he started calling ill-mannered members of the audience a "hockey puck". His style was similar to an older insult comic, "Mr. Warmth" Jack E. Leonard, though Rickles denies that Leonard influenced his style.