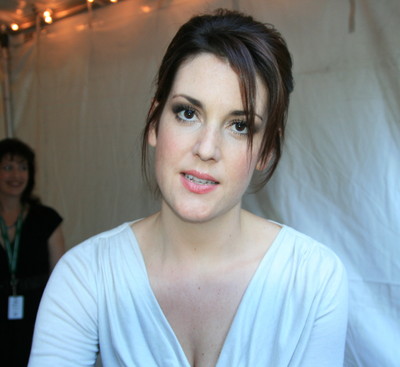 Melanie Jayne Lynskey (born 16 May 1977) is a New Zealand actress, best known for playing Charlie and Alan's neighbor Rose on Two and a Half Men and for films Hello I Must Be Going, The Informant!, Ever After and Heavenly Creatures.

She has also played a range of characters in films such as Win Win, Up in the Air, Away We Go, Flags of Our Fathers, Shattered Glass and Sweet Home Alabama.

At the age of 15, Lynskey won her first professional acting role as Pauline Parker in the Peter Jackson film Heavenly Creatures, based on the 1954 Parker–Hulme murder case, opposite Kate Winslet. The film was released to critical acclaim in 1994 with Richard Corliss of TIME magazine describing her performance as "perfect, fearless in embodying teenage hysteria". Heavenly Creatures won Jackson and partner Fran Walsh a nomination for an Academy Award for Best Original Screenplay and is now considered a cult film. Lynskey was named Best Actress at the New Zealand Film and TV Awards in 1995 for her performance.

In 2001, Lynskey met American actor Jimmi Simpson, while co-starring in the Stephen King miniseries Rose Red. They became engaged in 2005 and married on 14 April 2007, in a chapel overlooking a vineyard on Lake Hayes, near Queenstown, New Zealand. Also in attendance was her best friend and Rose Red co-star Emily Deschanel, who was one of her bridesmaids. Lynskey filed for divorce from Simpson on 25 September 2012, citing irreconcilable differences.