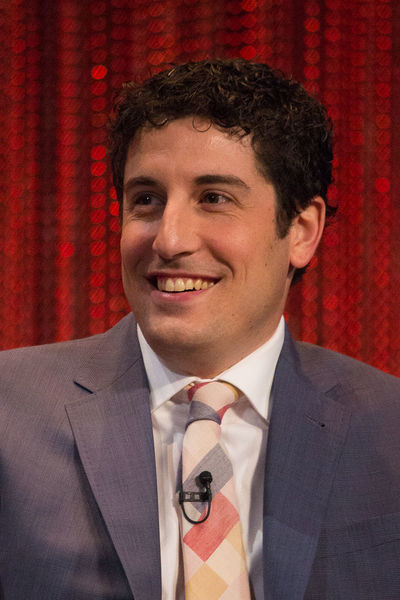 Jason Matthew Biggs (born May 12, 1978) is an American actor and comedian best known for his roles as Jim Levenstein in the American Pie comedy film series, and Larry Bloom in the Netflix original series Orange Is the New Black. He also starred in Loser and Saving Silverman. Biggs initially gained recognition from his role in the soap opera As the World Turns, for which he was nominated for the Daytime Emmy Award for Outstanding Younger Actor in a Drama Series in 1995.

Biggs was born in the Pompton Plains section of Pequannock Township, New Jersey. His mother, Angela (née Zocco), is a nurse, and his father, Gary Louis Biggs, is a shipping company manager. Biggs' father is of English and Italian descent and Biggs' mother is of Sicilian descent. His last name is derived from his English ancestry. He was raised Roman Catholic.

Biggs began acting at the age of five. In 1991, he made his television debut in the short lived FOX series Drexell's Class. In 1988, he received his Screen Actors Guild card for appearing in a TV commercial for Pathmark. He later recalled in a 2015 interview in TV Guide, "I remember I had to eat a doughnut in one of the shots. Over and over again. Awesome."

When Biggs was 12, he starred in a one-off HBO special, The Fotis Sevastakis Story, but due to licensing arguments, it was never aired. That same year, Biggs debuted on Broadway in Conversations with My Father with Judd Hirsch. He then starred in the daytime soap opera, As the World Turns, for which he was nominated for the Daytime Emmy Award for Best Younger Actor.

Biggs attended New York University briefly from 1996–1997, but soon afterwards, he returned to pursue acting. And so he would be seen again in another short lived television series, 1997's Camp Stories. He then starred in American Pie, which went on to become an international hit that has spawned three sequels (also starring Biggs) and four spinoffs (that did not star Biggs). After that, Biggs accepted starring roles in movies such as Loser in 2000, and others. In 2001, Biggs starred in the comedy Saving Silverman. He appeared in the 2002 Broadway production of The Graduate as Benjamin Braddock alongside Kathleen Turner and Alicia Silverstone. In 2003, Biggs appeared as Jerry Falk in the Woody Allen romantic comedy Anything Else. In the 2004–2005 season Biggs portrayed an Orthodox Jew in Daniel Goldfarb's comedy, Modern Orthodox, staged at Dodger Stages theater in New York City. In 2006, Biggs was seen in the MTV reality show Blowin' Up with Jamie Kennedy and Stu Stone which led to his participation in a hip-hop recording with Bay Area rapper E-40. Biggs returned to the stage in the fall of 2008 in Howard Korder's Boys' Life at New York City's Second Stage Theatre.

Biggs has appeared in several other films, including Texas Rangers and Over Her Dead Body. In 2010, Biggs made his literary debut by contributing "Scratch-and-Sniff," a poem about growing up in New Jersey, to the anthology What's Your Exit? A Literary Detour through New Jersey (Word Riot Press, 2010), alongside writers such as Joyce Carol Oates, Tom Perrotta, Robert Pinsky, Gerald Stern, and J. Robert Lennon. In 2012, he contributed to the anthology, Oy! Only Six? Why Not More: Six-Word Memoirs on Jewish Life. His contribution, "This is a Roman nose, OK?", was both ironic and prescient: Biggs is not Jewish and the editor of the anthology is Larry Smith, creator of Six-Word Memoirs, who a year later would be the basis for Bigg's Orange Is the New Black character Larry Bloom. He departed the series in February 2015 after two seasons.

Biggs reprised his role as Jim Levenstein in American Reunion, which was released on April 6, 2012. In the summer of 2012, Biggs took a job voicing Leonardo on Nickelodeon in Teenage Mutant Ninja Turtles. He left the series during its second season and was temporarily replaced by Dominic Catrambone. Seth Green permanently took over the role from Biggs beginning in season 3. Biggs also plays the cowbell in the supergroup Yukon Kornelius.

In was announced in September 2014 that Biggs would star on Broadway in The Heidi Chronicles. The play opened on March 19.

In December 2014, The Hollywood Reporter announced Biggs was cast to star in the comedy Amateur Night. Biggs plays an insecure expectant father who unwittingly accepts a job chauffeuring prostitutes (Janet Montgomery, Ashley Tisdale) around Los Angeles. Jenny Mollen, who is Biggs' wife in real life, appears as his wife in the film.

Biggs has stated in interviews that he is sometimes cast as an explicitly or implicitly Jewish character, as he was in American Pie (other examples include his roles in Saving Silverman, Anything Else, and Orange is the New Black), though he is not Jewish himself.

Biggs made headlines after writing offensive jokes about Ann Romney and Janna Ryan on his Twitter account during the 2012 Republican National Convention. In March 2014, Biggs caused controversy when joking about the missing Malaysia Airlines Flight 370. Four months later, Biggs again generated controversy when he joked about Malaysia Airlines Flight 17. He also drew criticism in May 2014 when he mocked the death of The Bachelorette contestant Eric Hill.