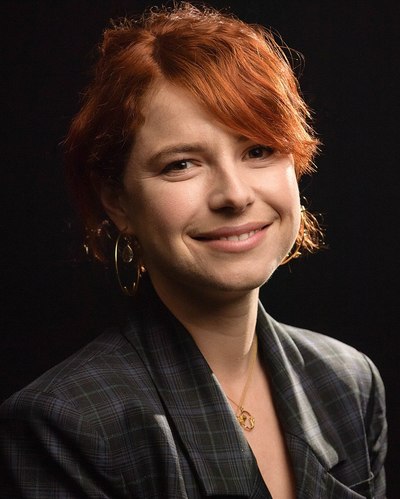 Jessie Buckley (born 28 December 1989) is an Irish actress. Her career began in 2008 as a contestant on the BBC TV talent show I'd Do Anything in which she placed second. In the same year she appeared in the West End revival of Stephen Sondheim's A Little Night Music. After some other theatre roles she suspended her professional career to study at the Royal Academy of Dramatic Art, from which she graduated in 2013.

In 2016 Buckley appeared on four BBC television series, adaptation of Leo Tolstoy's War and Peace, Taboo, The Last Post, and The Woman in White. Buckley has since starred in the films Beast (2017) and Wild Rose (2018), for which she received critical acclaim and a nomination for the BAFTA Award for Best Actress in a Leading Role for the latter. In 2019, Buckley starred in the HBO miniseries Chernobyl, and she was recognized by Forbes in its annual 30 Under 30 list.

Buckley was born in Killarney, County Kerry, the eldest of five children. Her mother, Marina Cassidy, encouraged her to sing and coached her. She has a brother and three sisters. Buckley went to Ursuline Secondary School, an all-girls convent school in Thurles, County Tipperary, where her mother works as a vocal coach and where she performed in school productions. She played a number of male roles at school, including the male lead role of Jets gang founder Tony in the musical West Side Story and Freddie Trumper in Chess.

She has achieved Grade eight in piano, clarinet and harp with the Royal Irish Academy of Music. She is also a member of the Tipperary Millennium Orchestra. Buckley also attended The Association of Irish Musical Societies (AIMS) workshops during the summer, to help improve her singing and acting; it was where she was then recognised as a talented actress and was encouraged to apply for Drama School in London. Just before she auditioned for I'd Do Anything, she was turned down by two drama schools, including one the day before her first audition for the show. In 2008, Buckley won the AIMS Best Actress award for her portrayal of Julie Jordan in the Killarney Musical Society production of Carousel.

Buckley competed in I'd Do Anything, a search for a new, unknown lead to play Nancy in a London West End stage revival of the British musical Oliver!.

Buckley reached the final on 31 May 2008, finishing in second place behind Jodie Prenger.