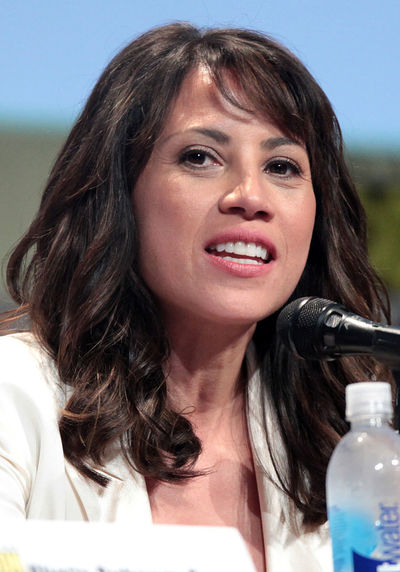 Elizabeth Rodriguez (born December 27, 1980) is an American actress. She received a Tony Award nomination, and won the Outer Critics Circle Award, as well as a Theatre World Award, for her performance in Stephen Adly Guirgis's 2011 play on Broadway, The Motherfucker with the Hat. Rodriguez is best known for her role as Aleida Diaz in the Netflix comedy-drama series, Orange Is the New Black (2013–present). In 2015, she starred as a series regular on the first season of AMC's pre-apocalyptic drama series, Fear the Walking Dead.

Rodriguez was born and raised in Manhattan, New York City to Puerto Rican parents. She graduated from Lehman College in the Bronx and later studied acting with Maggie Flanigan at the William Esper Studio.

She has appeared in a number of stage productions, television shows and independent films. She was nominated for a Tony Award for Best Featured Actress in a Play and won Outer Critics Circle Award, as well as a Theatre World Award, for her role on Broadway play in Stephen Adly Guirgis's The Motherfucker with the Hat. She was nominated for an Imagen Award for her role in the feature film Tio Papi (2013), and co-starred as Gina Calabrese in Michael Mann's feature film Miami Vice (2006). From 2008 to 2009, she played the role of Carmen Morales on the ABC daytime soap opera, All My Children.

In 2011, she had a series regular role on the short-lived NBC police drama series, Prime Suspect.

In 2013, Rodriguez began appearing in the recurring role of Aleida Diaz in the Netflix comedy-drama series, Orange Is the New Black; she was promoted to series regular in 2015. Along with the rest of the cast she received Screen Actors Guild Award for Outstanding Performance by an Ensemble in a Comedy Series in both 2015 and 2016.  Rodriguez also had recurring roles as Paz Valdes in the Starz drama series, Power, and as Special Agent Chavez in the NBC police procedural Grimm.