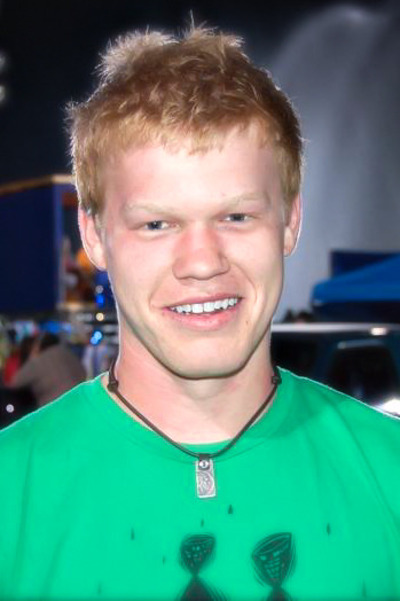 Jesse Plemons (born April 2, 1988) is an American actor. He is best known for playing Landry Clarke in Friday Night Lights and Todd Alquist in the final season of Breaking Bad.

Plemons was born in Dallas, Texas, and raised in Mart, Texas. In 2007, he graduated from the Texas Tech University Independent School District, a distance learning program, which allowed him to earn his high school diploma.

After appearing in the films Varsity Blues (1999) and All the Pretty Horses (2000), and guest-starring on Walker, Texas Ranger and Sabrina, the Teenage Witch, Plemons' first prominent role was in the film Like Mike (2002). He later went on to appear in Children on Their Birthdays and When Zachary Beaver Came to Town, with guest roles on the television series Judging Amy, The Lyon's Den, CSI: Crime Scene Investigation, and Grey's Anatomy between 2003 and 2006.

In 2006, Plemons joined the ensemble cast of NBC's television series Friday Night Lights, detailing the fictional events surrounding a high school football team in Dillon, Texas. In the show's first season, his character Landry Clarke provided comic relief as the best friend of football quarterback Matt Saracen, though Landry himself was not on the team. Among the cast and crew, it was a joke that Plemons played football better than most of the other actors, even though his character was one of the few who did not play. Landry joined the football team in the second season, and Plemons, having played high school football, told director Jeffrey Reiner that he would do his own stunts. In his first football scene, Landry had to "get the crap beat out of [him] over and over and over again". When hit by co-star Taylor Kitsch, Plemons' chin split open, requiring eleven stitches.

Plemons reunited with Kitsch and Friday Night Lights creator Peter Berg in the film Battleship (2012). Berg, who directed the film, explained that he knew how comfortable Kitsch was with Plemons: "I know that he's really good for Taylor and he makes Taylor better. So, I wrote that whole part for Jesse. I never thought of it as a Friday Night Lights reunion. I thought of it as protection, bringing a trusted family member in."

From 2012 to 2013, Plemons portrayed Todd Alquist during the final season of the AMC drama series Breaking Bad. He was a recurring cast member in Season 5A and was promoted to series regular for Season 5B.

Plemons resides in Austin, Texas. He writes songs, plays guitar, and sings in the band Cowboy and Indian.