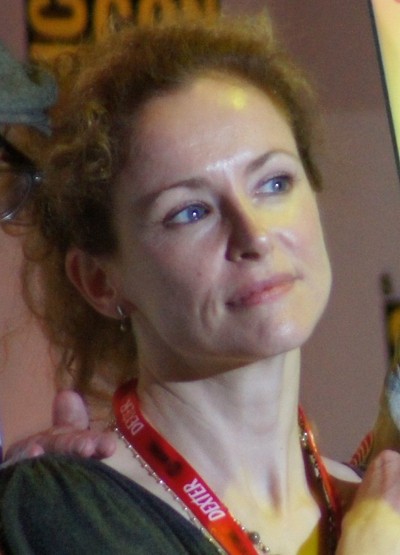 Leslie Ann Hope (born May 6, 1965) is aCanadian actress, best known for her role as Teri Bauer in the Fox show 24.

Hope was born in Halifax, Nova Scotia. She graduated from St. Michael's University School at Victoria, British Columbia, in 1982. She is married to cinematographer, producer and director Adam Kane.

She has appeared in many Canadian and American films and television series. Her first film role was in the Canadian film Ups and Downs, in 1981, which was filmed in Victoria. In 1987, she played the role of Madeleine Henry in the TV miniseries War and Remembrance. In 1993, she starred in Paris, France, directed by Gerard Ciccoritti. She later played the role of Teri Bauer in the first season of 24 (2001–02).

Hope starred in George A. Romero's Bruiser. On television, she appeared in Star Trek: Deep Space Nine as Kira Nerys' mother Kira Meru, and in the Gemini Award-winning Human Cargo.