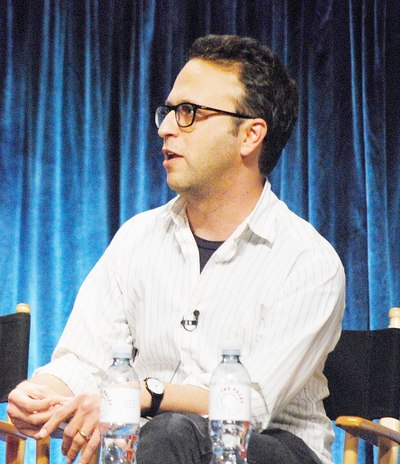 Kasdan was born and raised in a secular Jewish family in Detroit, Michigan, the son of Meg (née Goldman), a writer, and writer-director Lawrence Kasdan. His younger brother, Jon Kasdan, also works in the film and television industry as an actor and writer.

Kasdan has directed seven theatrical films: Zero Effect (1998), Orange County (2002), The TV Set (2006), Walk Hard: The Dewey Cox Story (2007), Bad Teacher (2011), Sex Tape (2014) and Jumanji: Welcome to the Jungle (2017). He has also worked in television, most notably with Judd Apatow, as a consulting producer and director on Freaks and Geeks and as a director on Undeclared. He has also directed numerous stage productions. He is attached to direct John Grisham novel Calico Joe to a family film adaptation.

In 2006, Kasdan received his first Golden Globe nomination for Walk Hard in the Best Original Song category (shared with John C. Reilly, Judd Apatow, and Marshall Crenshaw), but lost to "Guaranteed" from Into the Wild (written by Eddie Vedder).

As a child, he made several appearances in his father's movies such as The Big Chill and Silverado (in the former he is an autograph seeker at a funeral and in the latter a stable boy).

In February 2015, Fox announced it had greenlit a pilot for the comedy The Grinder to be directed by Kasdan and starring Rob Lowe.

Kasdan is married to singer-songwriter Inara George of The Bird and the Bee. They have three children: Otis, and twins Beau and Lorelei.