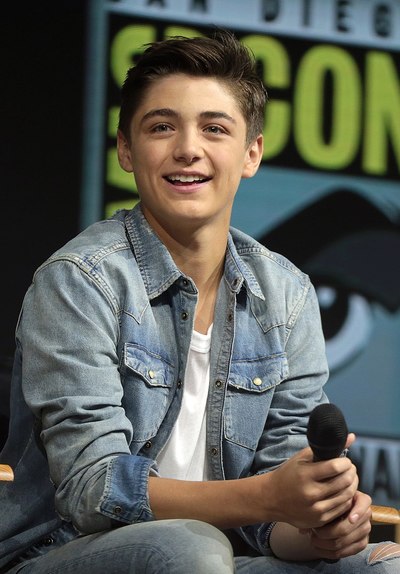 Asher Angel (born September 6, 2002) is an American actor. He began his career as a child actor in the 2008 film Jolene, starring Jessica Chastain. He is known for his role as Jonah Beck in the 2017 Disney Channel series Andi Mack.

Angel was born in Phoenix, Arizona, and lived in Paradise Valley. His parents are Jody and Coco Angel, and he is the oldest of three, with a younger brother and sister. He is Jewish. He sings and plays the guitar.

At the age of 5, appeared in the 2008 film Jolene. Angel started his career by appearing in numerous theater productions. At the age of 7, Desert Stages Theatre was held auditions for musical Oliver, with his parents' permission, Angel auditioned and won a role in the production. His mother promised to take him to Los Angeles if he "put in the work and [did] 30 [local] shows", and he went on to act in multiple plays including The Little Mermaid, Seussical, Mary Poppins, and Into the Woods at the Desert Stages Theatre in Scottsdale. His mother kept her promise, and Angel traveled to Los Angeles where, at age 12, he auditioned for and won the part of Jonah Beck in the Disney Channel television series Andi Mack. His whole family moved to Utah to accommodate filming for the series.

Angel is set to share the lead role of Billy Batson, with Zachary Levi playing his adult superhero alter-ego, in the film adaptation of DC Comics' Shazam!, which is a further installment to the DC Extended Universe. The film is set for release in April 2019.