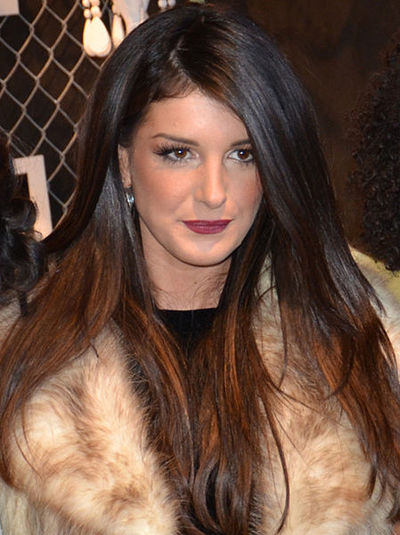 Shenae Grimes (born October 24, 1989) is a Canadian actress. She portrayed the role of Annie Wilson on 90210, a spin-off of Beverly Hills, 90210. Prior to that she played Darcy Edwards on Degrassi: The Next Generation. She was also a recurring guest star on the series Naturally, Sadie, and had a cameo role in the horror film Scream 4.

Grimes was born in Toronto, Ontario. She has three siblings Aiden, Liam and Maya. She attended Forest Hill Public School for elementary school. She attended Forest Hill Collegiate Institute, along with her Degrassi co-star, Aubrey Graham (Drake). She interned at Toronto's Fashion Television as part of her high school education. Grimes attended City Academy, a private school for her last two years of high school.

Beginning with a recurring role in 2004, Grimes became a lead character on Degrassi: The Next Generation in 2006, playing the role of Darcy Edwards. In 2008, Grimes left the series and Canada after being cast as Annie Wilson in 90210, the CW's spin-off of Beverly Hills, 90210.

She also appeared in Picture This with her former Degrassi: The Next Generation co-star Lauren Collins and Ashley Tisdale and then in True Confessions of a Hollywood Starlet alongside singer JoJo.

In 2009, Grimes was named one of the world's most beautiful people, without makeup, by People magazine. She also appeared in a music video for rock band Our Lady Peace's single "All You Did Was Save My Life".

Grimes is an atheist. She has cited Natalie Portman as her inspiration and also admires Johnny Depp.

Grimes began dating British model and musician Josh Beech in March 2012. In December 2012, after nine months of dating, Grimes announced that she and Beech were engaged. They were married on May 10, 2013 in Ashford, Kent, England.