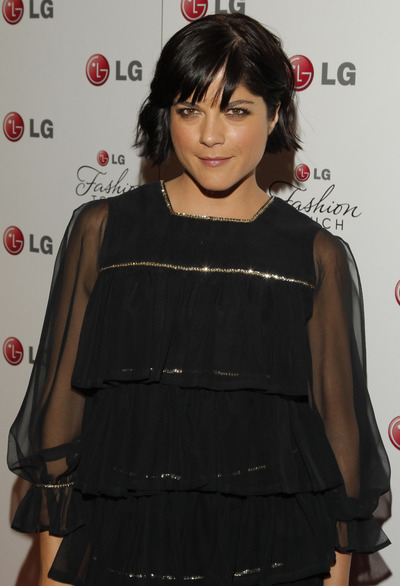 Blair started her professional acting career in 1995. Her first works consisted of several television guest roles, brief appearances in mainstream films and lead roles in B movies such as in Amazon High; later, she gained mainstream recognition after starring in the 1999 teen drama Cruel Intentions. She achieved international fame as a result of her portrayal of the pyrokinetic-heroine Liz Sherman in Hellboy and Hellboy II: The Golden Army. Some of her other films include Legally Blonde, The Sweetest Thing, The Fog and Purple Violets.

Blair portrayed in the 1990s the titular role of Zoe on the teen sitcom Zoe, Duncan, Jack and Jane; in the 2000s, she starred as Kim in the American version of Kath & Kim. In 2012-2013, she returned to television as the female lead in the first two seasons of the tv-series Anger Management.

Blair narrated the Holocaust-related document: The Diary of Anne Frank, her performance drew positive reviews from critics, for which, she was nominated for the Grammy Award.

Blair was born Selma Blair Beitner in Southfield, in the Metropolitan area of Detroit, Michigan; the youngest child of judge Molly Ann (née Cooke) and Elliot I. Beitner.

Blair had a Jewish upbringing; her Hebrew name is Bat-Sheva. Her father was an attorney, active in the U.S. Democratic Party and labor arbitrator until his death on November 17, 2012, at the age of 82. Her parents divorced when Blair was 23; she subsequently legally changed her surname. She has three older sisters, Katherine (a book publicist), Elizabeth and Marie Beitner.

Blair attended Hillel Day School, a Jewish day school in Farmington Hills and Cranbrook Kingswood in Bloomfield Hills; soon after, she spent her freshman year (1990–91) in Kalamazoo College, where she studied photography and acted in a play called The Little Theater of the Green Goose. At that time, she wanted to be a ballerina and a horse trainer.

Later, at the age of 20, Blair moved to New York City, where she lived at The Salvation Army, in poor living conditions. She attended NYU as well as acting classes at the Stella Adler Conservatory, the Column Theatre and the Stonestreet Screen Acting Workshop; later, she returned to Michigan to finish her studies. After transferring from New York University, she graduated magna cum laude from the University of Michigan in 1994 with a BFA degree in Photography, BA in Psychology as well as Double major in Fine Arts and English. One week later, after graduating from Michigan, Blair returned to New York City to pursue her photography career or start an acting career.

In 1990, at the time that Blair attended Cranbrook Kingswood, she was involved in a production of T.S. Eliot’s Murder in the Cathedral, according to Blair, it was a failure, but her english teacher told her not to give up; that was the first time she thought she could be an actress.[25] Then, in 1993, she began training at acting schools in New York;[26] later, she was discovered by an agent in acting class; subsequently, Blair signed with her; after 75 auditions, she got her first advertising contract for a television spot ad for a theater in Virginia, for which, one week later, she received her Screen Actor's Guild membership card at the Actors' union.

Blair began auditioning in the mid-90s. Her first audition was for a cereal commercial. She won her first professional role in 1995, in an episode of the children's television sitcom The Adventures of Pete & Pete. In 1996, she landed her first feature film role in The Broccoli Theory, an "unromantic comedy" set in NYC. In 1997, she won her first feature film lead role in the teen drama Strong Island boys, based on true events about a Long Island 80's street gang; Alec Baldwin gave her a favorable review; he called her "a cross between Debra Winger and Marlene Dietrich".

After several auditions, independent film roles and guest roles in various television series, Blair starred opposite Sarah Michelle Gellar and Ryan Phillippe in the 1999 film Cruel Intentions, loosely based on the novel Les Liaisons Dangereuses. The film was a commercial success, debuting at number two at the US box office; Blair took the role of an innocent girl manipulated by two of her classmates. For her performance she was nominated for an MTV Movie Award for "Best Breakthrough Performance" and won for "Best Kiss" shared with Gellar.

Blair is known to follow new style and fashion trends in addition to her radical hairstyle changes, she has been lending her image for the Marc Jacobs-Brian Bowen Smith clothing line. Blair has also worked with others fashion-designers including Tommy Hilfiger, Martin Margiela, Isaac Mizrahi, Reinaldo Herrera and Stella McCartney. She also is a frequent guest-star at New York Fashion Week among other fashion events.

In early 2002, Vanity Fair named Blair as part of Hollywood's Next Wave of stars. On October 30, 2005, Blair appeared in The New York Times Magazine award-winning photography gallery, "The Selma Blair Witch Project: Fall’s Dark Silhouettes Have a Way of Creeping Up on You" by the art-photographer Roger Ballen, which was in exhibition at the Palau Robert in Barcelona, Spain, in 2012.

In 1990, Blair's childhood sweetheart died in an accident at the age of 18; later, talking about her tragic loss, she commented: "It made me realize I have to live...Having the boy I loved not anymore on this planet, I'd better live, I'd better do something".

On January 24, 2004, after six months of dating, Blair married writer and producer Ahmet Zappa (son of musician Frank Zappa) at Carrie Fisher's mansion in Beverly Hills, California. She filed for divorce from Zappa at the Los Angeles Superior Court on June 21, 2006, citing irreconcilable differences. In a statement to People, a spokesperson for the couple said, "Selma and Ahmet have decided to divorce but love each other very much and will continue to be close friends”. The divorce became final in December 2006.

In 2010, Blair began dating fashion designer Jason Bleick. In January 2011, Blair's representative announced that she was pregnant with her first child. Their son, Arthur Saint Bleick, was born on July 25, 2011. In September 2012, Blair and Bleick announced that they had separated after two years.