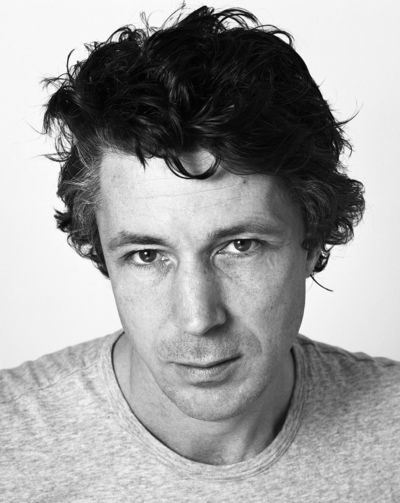 Aidan Gillen (born Aidan Murphy; 24 April 1968) is an Irish actor. He is best known for portraying CIA operative Bill Wilson in The Dark Knight Rises, Petyr "Littlefinger" Baelish in the HBO series Game of Thrones, Stuart Alan Jones in the Channel 4 series Queer as Folk, John Boy in the RTÉ Television series Love/Hate, and Tommy Carcetti in the HBO series The Wire.

Gillen was born in Drumcondra, Dublin. He was educated at St. Vincent's C.B.S. in Glasnevin. He began his acting career as a teenager with the Dublin Youth Theatre, playing Nick Bottom in A Midsummer Night's Dream at the Project Arts Centre before moving to London.

Gillen played Stuart Alan Jones in the groundbreaking Channel 4 television series Queer as Folk and its sequel, for which he received a British Academy Television Award nomination for Best Actor. He was nominated for a Tony Award for his highly acclaimed Broadway role in Harold Pinter's play The Caretaker and has also been nominated for an Irish Times Theatre Award for his portrayal of Teach in the Dublin Gate Theatre's 2007 production of David Mamet's American Buffalo.

In 2004, having been spotted by producers in The Caretaker, Gillen was cast as Tommy Carcetti in the acclaimed HBO series The Wire, for which he received an Irish Film & Television Award for Best Actor in a Lead Role in Television. In 2008, he was named an "Irish cult hero" by the Sunday Tribune. He appeared in the 2009 film 12 Rounds, and in July of that year, he appeared in the one-off BBC2 drama Freefall. He co-starred as Phil Hendrick in the British drama Thorne.

In 2011, Gillen began playing Petyr "Littlefinger" Baelish on the HBO series Game of Thrones, for which he received his second Irish Film & Television Award nomination. To date he has appeared in all five broadcast seasons. He starred as cop killer Barry Weiss in the British crime-thriller Blitz and in the British horror film Wake Wood. He played crime boss John Boy in the acclaimed Irish crime-drama Love/Hate, for which he received his third Irish Film & Television Award nomination and second win.

In 2012, Gillen played CIA agent Bill Wilson in The Dark Knight Rises and starred in the British spy-drama Shadow Dancer. He was announced as the new host of the music show Other Voices. He is set to star in the comedy-drama Calvary and the BBC five-part thriller Mayday. He shared a Screen Actors Guild Award nomination with the cast of Game of Thrones for Outstanding Performance by an Ensemble in a Drama Series. He also starred in the short film Ekki Múkk, created for the Valtari Mystery Film Experiment by Icelandic band Sigur Rós.

Aiden also starred as Janson in the second film, The Scorch Trials, in the Maze Runner trilogy.

In 2001, Gillen married Olivia O'Flanagan; the couple have two children. In 2009, when Gillen won an Irish Film and Television Award for his role in The Wire, he dedicated the award to his wife and children, whom Gillen has stated "were a big motivation" for him. By 2015 the couple, who lived in Dingle, had been separated for some time. Gillen currently lives in Dublin and is dating musician Camille O'Sullivan.