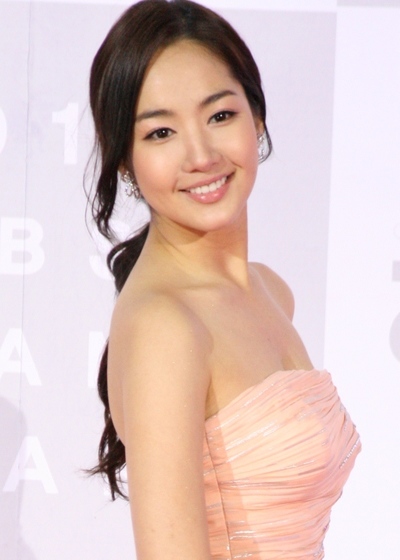 In February 2013, Park graduated from Dongguk University with a degree in Theatre.

Park made her entertainment debut in an SK Telecom commercial in 2005. She launched her acting career a year later in the hit sitcom Unstoppable High Kick! (2006). She continued to appear in television dramas, in roles such as the only daughter of a notorious gangster in I Am Sam (2007), and a gumiho (nine-tailed fox in Korean mythology) in an episode of horror-themed drama Hometown of Legends (2008), She played a villainous princess in the period drama Ja Myung Go (2009), and a girl caught between two marathon runners in Running, Gu (2010).

Park's breakthrough came with the 2010 drama Sungkyunkwan Scandal, a coming-of-age drama in which her character, an intelligent and resourceful young woman, disguises herself as a boy in order to enter the most prestigious learning institution in Joseon. This was followed in 2011 by another success with City Hunter, based on the titular Japanese manga. Park starred opposite Lee Min-ho in a story about a vigilante out for revenge and justice, and the secret service agent he falls for. Park's success on the small screen resulted in increased advertising offers for the actress.

Later that year, she made her big screen debut in the horror film The Cat, about a woman who becomes consumed by fear after she adopts a cat found at the site of a mysterious death. Park next appeared in the melodrama Glory Jane, in the role of a nurse's aide who becomes involved with a former baseball player (played by Chun Jung-myung).

She starred in another manga screen adaptation in 2012; in Dr. Jin, a neurosurgeon (played by Song Seung-heon) travels back in time to 1860. Park played dual roles as the protagonist's girlfriend in the present-day (a comatose doctor), and her doppelgänger in the Joseon era (a sheltered noblewoman).

She next played an idealistic intern in the legal drama A New Leaf (2014), who clashes with her brilliant but cynical lawyer boss until he becomes an amnesiac (played by Kim Myung-min). This was followed by a role as a tabloid reporter in Healer, a series written by Song Ji-na that also starred Ji Chang-wook and Yoo Ji-tae. Healer was popular in China and resulted in increased recognition for Park.

In 2015, Park was cast in her first Chinese television drama Braveness of the Ming, a period drama based on the novel Silk Night by Yue Guan.

Park next starred as a lawyer in the Korean drama Remember: War of the Son on SBS from late 2015 to early 2016. She was also cast in her second Chinese drama, City of Time alongside Chinese actor Zhang Zhehan.

In 2018, Park was cast in her first romantic comedy drama Why Secretary Kim alongside Park Seo-joon.