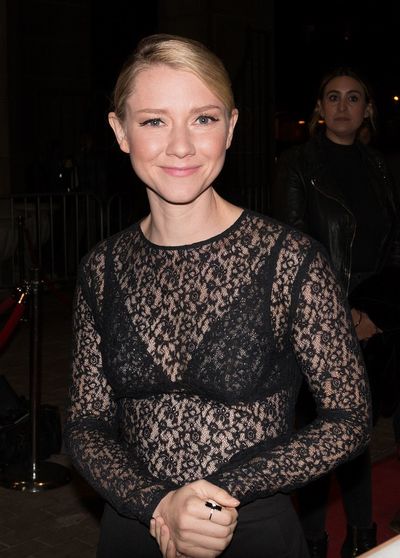 Valorie Curry (born February 12, 1986) is an American film and television actress whose notable roles include The Twilight Saga: Breaking Dawn - Part 2 and Veronica Mars. She starred on the Fox television series The Following and in the 2012 PlayStation 3 tech-demo "Kara" by Quantic Dream which showed her as the titular character, a worker android gaining consciousness, a role she will reprise in the upcoming PlayStation 4 game Detroit: Become Human.

Curry grew up the youngest of three children in Orange County, California, graduating from Sonora High School in La Habra, California in 2004. She attended Fullerton State, where she received a degree in theater. She has worked with The Second City and Phantom Projects theatre groups, performing such roles as Jennie Mae in The Diviners and Monique in Out, Out, Brief Candle!, as well as roles in Oklahoma!, Bus Stop, How to Succeed in Business Without Really Trying, and The Diary of Anne Frank.