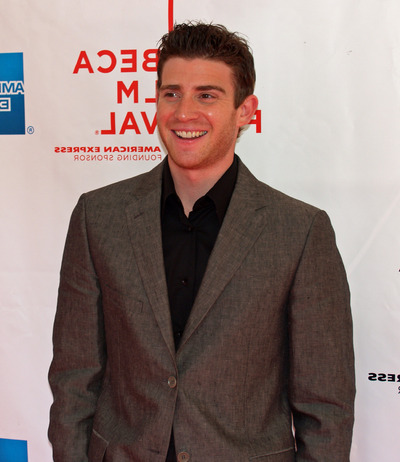 Bryan E. Greenberg (born May 24, 1978) is an American actor and musician, known for his starring role as Ben Epstein in the HBO original series How to Make It in America as well as a recurring role as Jake Jagielski in the The WB TV series One Tree Hill and as Nick Garrett on the short-lived ABC drama October Road. His film work includes Friends with Benefits, The Good Guy, Bride Wars, Nobel Son and The Perfect Score.

Greenberg was born in Omaha, Nebraska to Denise "Denny" and Carl Greenberg. Both of his parents are psychologists.

Greenberg was raised in Conservative Judaism and attended Beth El Synagogue in Omaha.

At 7 years old, when Greenberg's younger sister Becca was in dance class, "her instructor informed Carl and his wife that the Omaha Ballet needed children to perform in the Nutcracker. The teacher encouraged Becca to audition. But they also needed boys and suggested that Bryan audition as well. As chance would have it, Bryan earned the lead and ended up traveling with the Omaha Ballet for almost two months. From there he started acting with a children’s theater company in Omaha."

At age 12, Greenberg and his family moved to St. Louis, Missouri. Shortly after, he got his first national role as the kid in the Cookie Crisp cereal commercial. As time went on, he was offered more acting opportunities. Greenberg's father said that they “believed in letting him grow up as a kid instead of a child actor.” Greenberg had a bar mitzvah, belonged to Jewish youth groups, went to Jewish summer camps, and traveled to Israel.

He graduated from Parkway Central High School in Chesterfield, Missouri in 1996. Greenberg moved to New York City after high school. He attended and worked at a Jewish summer camp located in Webster, Wisconsin, called Herzl Camp. He starred as Joseph in a camp-wide production of Joseph and the Amazing Technicolor Dreamcoat in 1992.

Greenberg received a Bachelor of Fine Arts in Theatre at New York University.

While at NYU, Greenberg auditioned and worked as a waiter, bartender, caterer and assistant to a mortgage broker. He was cast as Romeo in NYU's performance of Romeo and Juliet and performed with the Experimental Theater Workshop, the Atlantic Theater Company and the Amsterdam Experimental Workshop.

In 1997, he got a small role on the television series Law & Order. Soon after this appearance, Greenberg got an agent and one year later made his big screen debut in A Civil Action.

After landing small roles on the TV series (Boston Public, The Sopranos, and Third Watch among others), Greenberg was cast as Matty Matthews, a high school student trying to pass the S.A.T, in the film The Perfect Score. After graduating from NYU, Bryan moved to California.

While he was still appearing in One Tree Hill, he began shooting another television show produced by George Clooney for HBO called Unscripted. Greenberg played character in the show, named Bryan Greenberg, "constantly humiliates himself, as when he brags about beating out an actual developmentally disabled person for the role of ... a developmentally disabled person." Greenberg said that Clooney was very supportive, flying Greenberg back and forth from the sets of One Tree Hill and Unscripted in his private jet so that he could work on both projects simultaneously. Greenberg said Clooney could also be blunt, such as the time he called the younger actor into his office after he hammed up one scene. “He said, ‘I don’t ever want to see you act. The second I catch you acting, it’s over for me.’ It’s still the best acting advice I’ve ever received,” Greenberg said.

Greenberg's first starring role was in the Ben Younger film Prime (2005). He played David Bloomberg, a young artist who falls in love with one of his mother Meryl Streep's therapy patients, played by Uma Thurman.