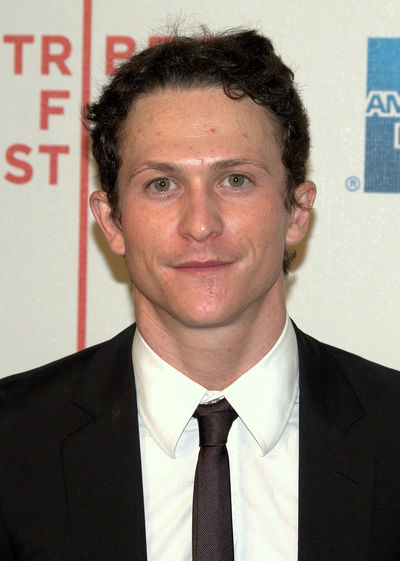 Tucker was born in Boston, Massachusetts, to parents Maggie Moss, a public relations and marketing analyst and executive, and Paul Hayes Tucker, a professor of art at the University of Massachusetts Boston and a leading expert on Claude Monet. His paternal great-grandfather was historian and ambassador Carlton J. H. Hayes. His aunt and uncle, Mary Evelyn Tucker and John Grim, founded the Forum on Religion and Ecology at Yale University, where they remain as co-directors.

His father is of Irish Catholic background, whereas his mother is Jewish (of Romanian-Jewish descent).

Tucker was raised in Charlestown, Massachusetts, and attended The Park School in Brookline, Massachusetts. He attended the Boston Ballet and played Fritz in their production of The Nutcracker for 5 years starting when he was in the third grade. He was featured in a Boston Ballet calendar and attended The Thacher School in Ojai, California. Tucker said of his ballet experience, "Ballet is one of the more difficult rigors that I've ever done. The Ballet instructors are some of the most intimidating people I've met".

He starred as Matthew in the 2000 comedy film 100 Girls. A year later, he co-starred in Sundance hit The Deep End with Tilda Swinton and Josh Lucas. In 2003, Tucker was cast in the much anticipated re-imagining of the 1974 horror film of the same name, The Texas Chainsaw Massacre produced by Michael Bay and directed by Marcus Nispel. In 2004, he appeared in the films Stateside and Criminal.

In the 2005 film Hostage, Tucker worked alongside Bruce Willis and Ben Foster. Tucker plays Dennis Cooper, one of the brothers that, along with their mysterious accomplice Mars, holds a family hostage. Tucker was directed by Paul Haggis twice in 2007: first, he starred as Tommy Lee Jones's son in the film In the Valley of Elah as a soldier who is permanently changed by war after returning from Iraq; he also played Tommy Donnelly in the NBC TV series The Black Donnellys.

In 2008, he was cast in The Ruins, a thriller based on the best selling book by Scott Smith and directed by Sundance award-winner Carter Smith. Tucker said he practiced Transcendental Meditation to offset the loneliness while filming the movie in Australia.

He portrayed emerging artist Patrick Angus in the 2009 film An Englishman in New York, opposite John Hurt as Quentin Crisp. The biographical drama chronicles Crisp's later years spent in New York City. The Hollywood Reporter announced that Tucker was cast in the 2010 thriller film The Next Three Days with Russell Crowe and Elizabeth Banks, continuing his relationship with Haggis.

It was announced in November 2011 that Tucker had signed on to the TV series Parenthood. He played the role of Mayor Bob Little from 2011 to 2014.

Tucker also appeared in the final five episodes of the TV series Justified on FX as the crazy-eyed Boon — a cross between Billy the Kid and Travis Bickle.

Jonathan Tucker is married to Tara Tucker, daughter of Pulitzer Prize-winning economic historian Liaquat Ahamed. They were married on June 16, 2012. and they had twins born May 15 2019  Tucker is the founder of the nonprofit organization The Pegasus Fund, which supplements the academic journey of top-performing students in under-served communities by sending them to summer camp as a means to help them prepare for the new geographic and social environments of the private secondary schools they plan to attend.