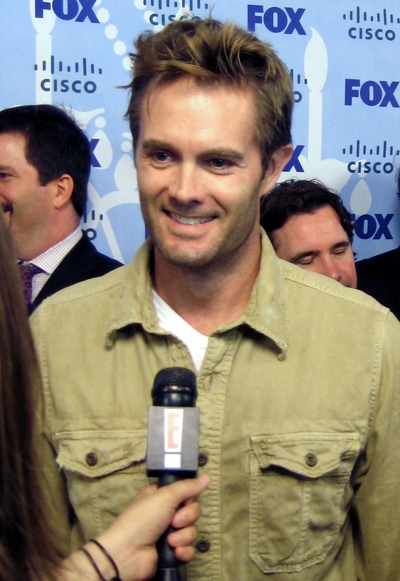 Garret L. Dillahunt (born November 24, 1964) is an American actor. He is married to actress Michelle Hurd. Since 2010, he has played the role of Burt Chance on the Fox sitcom Raising Hope.

Dillahunt was born in Castro Valley, California, and grew up in Selah, Washington. One of three siblings, he has a brother, Brett; his other brother, Eric, passed away. He graduated from the University of Washington with a B.A. in journalism and received his M.F.A. in acting from New York University's Graduate Acting Program at the Tisch School of the Arts.

After spending years on and off Broadway, Dillahunt began pursuing television and film roles. He appeared as a regular in several short lived series on ABC and Showtime, and landed guest spots on TV shows such as The X Files and NYPD Blue among others, before playing two distinctly different characters on the HBO series Deadwood: Jack McCall in 2004 and Francis Wolcott in 2005. He later had a recurring role on USA Network's The 4400.

Dillahunt appeared in such films as The Assassination of Jesse James by the Coward Robert Ford, No Country For Old Men, The Road, Winter's Bone, The Last House On The Left and the indie horror film, Burning Bright.