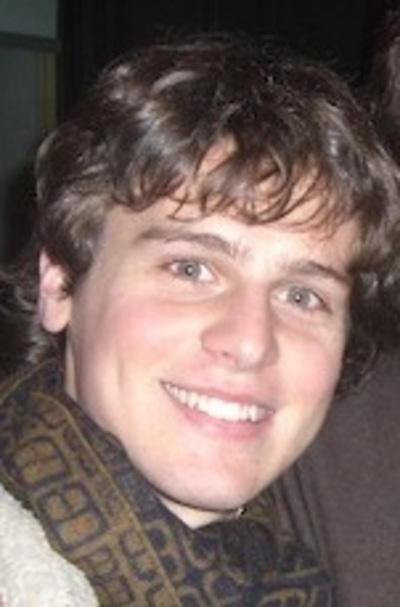 Groff is also known for his many television appearances, starring as Ian Todd in the Starz political drama Boss and as Patrick Murray in the HBO comedy-drama series Looking. He also received critical acclaim for his recurring role of Jesse St. James in the Fox musical-comedy series Glee. He also voiced the role of Kristoff in Walt Disney Animation Studios' 2013 film Frozen.

Groff was born in Lancaster, Pennsylvania, the son of Julie (née Witmer), a physical education teacher, and Jim Groff, a harness horse trainer and driver. He has one older brother, David, and is a first cousin of singer James Wolpert. Groff was raised in Ronks, Pennsylvania. His father's family is Mennonite; of his upbringing, he has said: "My mother's side of the family is Methodist, which is how I was raised. It was conservative in that I had strong values – sitting down and eating with the family every day, listening to authority and going to church every week and having perfect attendance at Sunday school. But at the same time, my parents always encouraged my brother and me to be happy with what we were doing. My parents were athletes in high school; my mom and my dad were the stars of the basketball team, but they never pushed my brother and me to be anything we didn't want to be."

He graduated from Conestoga Valley High School in 2003 and intended to attend Carnegie Mellon University, but deferred his admission for a year when he was cast as Rolf in a non-Equity national tour of The Sound of Music. After the tour, Groff realized he would "never be able to pay off [his] college loans" and decided to move to New York City instead. While still living in Lancaster, Groff performed at the Fulton Opera House (in The Sound of Music, Ragtime, Evita, My Fair Lady, Peter Pan, The Pirates of Penzance, and Rags) and the Ephrata Performing Arts Center (in Bat Boy: The Musical and Honk!).

Groff earned his Actors' Equity Association card in 2005, with the musical Fame at the North Shore Music Theatre. That same year, he made his Broadway debut as an understudy for the lead role and a swing for the musical In My Life by Joseph Brooks. Groff originated the role of Melchior Gabor in the Broadway production of the rock musical Spring Awakening. He played the role from its debut on December 10, 2006, through May 18, 2008, when he departed the production with his co-star and best friend Lea Michele. He had previously played the role in the original Off-Broadway production earlier in the summer of 2006. Groff was nominated for a Drama Desk Award and a Tony Award for Best Leading Actor in a Musical for his performance.

He played the recurring role of Henry Mackler on the ABC soap opera One Life to Live. His storyline about a school shooting was cut due to the Virginia Tech shooting in April 2007, and Groff only appeared in 11 episodes. From July 22 through August 31, 2008, Groff played as Claude in the Shakespeare in the Park production of Hair. He also appeared as Michael Lang in Ang Lee's comedy-drama film Taking Woodstock. Groff next appeared in the Off-Broadway production of the play Prayer for My Enemy by Craig Lucas. In August 2009, Groff performed in The Bacchae as Dionysus, as a part of the Public Theater's Shakespeare in the Park.

In 2010, he guest-starred in eight episodes of the Fox musical comedy-drama Glee alongside Lea Michele as Jesse St. James. Groff continued to guest star as the character in subsequent seasons, including the final episode of the series. In August 2010, he made his West End debut in Deathtrap, at the Noël Coward Theatre, directed by Matthew Warchus.

From August to October 2012, Groff appeared as Ian Todd in the second and final season of the Starz series Boss. Groff then portrayed Ken in the Center Theatre Group's production of the play Red, alongside Alfred Molina. The show ran from August 1 through September 9, 2012. In March 2013, Groff and Molina reprised their roles for six more performances of the play, this time in the L.A. Theatre Works. These performances were recorded for broadcast on radio.

Groff starred as Patrick Murray, a gay video game developer, in HBO's comedy-drama series Looking. On March 23, 2015, HBO cancelled Looking after its second season but greenlit a television film to conclude the story. In April 2013, Groff joined another HBO production, playing Craig Donner in the film adaptation of Larry Kramer's play The Normal Heart. He returned to the London stage on May 19, 2015, to star in a one-night-only concert of the musical How to Succeed in Business Without Really Trying, at the Royal Festival Hall.

Groff starred in a production of the musical A New Brain, presented as part of the New York City Center's Encores! Off-Center staged concert series. The show was directed by James Lapine and took place from June 24 through June 27, 2015. On March 3, 2015, he joined the cast of the musical Hamilton, replacing Brian d'Arcy James in the role of King George III. He held the role for the remainder of the show's Off-Broadway production, through May 3, 2015. He reprised the role in the Broadway production, which started performances July 13, 2015. Groff, along with the rest of the cast, won a Grammy Award for Best Musical Theater Album for appearing as a featured performer on the original Broadway cast recording. He was also nominated for the Tony Award for Best Featured Actor in a Musical.

In March 2016, it was reported that Groff would star in the Netflix series Mindhunter, executive produced by David Fincher and Charlize Theron. He is set to portray FBI agent Holden Ford, a serial killer investigator in the Behavioral Science Unit.

Groff had skin cancer in his early 20s.

Groff publicly came out as gay in October 2009 during the National Equality March in Washington.

An advocate for the LGBT community, Groff was listed in Out Magazine's OUT100 as one of the 100 most compelling LGBT people in 2013 and again in 2014, this time alongside Murray Bartlett and Russell Tovey, his fellow out co-stars in Looking. Also in 2014, he was named a Grand Marshal of the New York City Pride Parade, alongside actress Laverne Cox and National LGBTQ Task Force executive director Rea Carey.

In April 2015, Groff was honored by the Point Foundation with the Point Horizon Award, which "recognizes a young trailblazer who has taken a leadership role as an advocate of the lesbian, gay, bisexual, transgender and queer community." In December 2015, he was honored by Equality Pennsylvania with the Bayard Rustin Award, which "recognizes a Pennsylvanian who is continuing the work to ensure that the LGBT community will be visible, accepted, and celebrated in our society."

Jonathan Groff plays the role of Agent Smith in The Matrix Resurrections.