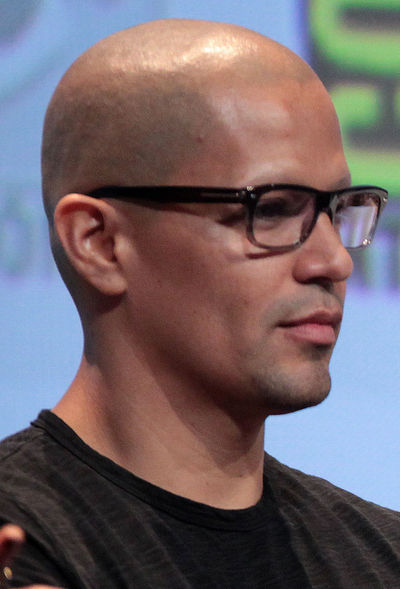 Hernandez was born in Montebello, California, the son of Isis (née Maldonado), a secretary and accountant, and Javier Hernandez, Sr., a mechanic. He has a younger sister, Amelia, and two older brothers, Michael and Gabriel. Hernandez is a fourth-generation Mexican American. He attended Don Bosco Technical Institute in Rosemead, California, but transferred to Schurr High School in Montebello his senior year. While riding an elevator in a high rise in Los Angeles, Hernandez was approached by talent manager Howard Tyner who suggested Hernandez had what it took to have a successful career in Hollywood. He enrolled Hernandez into acting school and sent his pictures to casting agents.

From 1998 to 2000 he played Antonio Lopez on the NBC series Hang Time. Hernandez subsequently hit success with his role opposite Kirsten Dunst in Crazy/Beautiful. He has since appeared in several major Hollywood films, including playing the lead roles in Carlito's Way: Rise to Power, the 2005 horror film Hostel and World Trade Center. Hernandez appeared in the action/crime film Takers, which was released in August 2010.