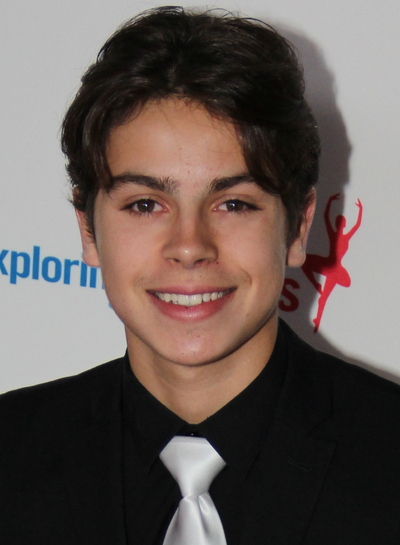 Jake T. Austin (born December 3, 1994) is an American actor and voice actor. Beginning a career as a child actor at the age of seven, Austin is a five-time Young Artist Award nominee, best known for his role as Max Russo, the youngest of three wizards on the Disney Channel original series Wizards of Waverly Place, and as the voice of Diego, the 8-year-old animal rescuer on the Nickelodeon animated series Go, Diego, Go!. Jake attends the Professional Children's School in Manhattan, New York City.

Austin began his career in 2002 at the age of 7, with roles in commercials, and in 2003 he appeared in his first "credited" role as "Kid 1698" in a comedy sketch on the Late Show with David Letterman. He first gained notoriety in 2004, when he landed the role as the voice of Dora's adventurous 8 year-old cousin, Diego on the Nickelodeon animated series Dora The Explorer (credited as "Jake Toranzo Szymanski"). Austin continued to voice the role of Diego for three seasons as the title character on the 2005 animated spin-off series Go, Diego, Go!, as well as on the musical CDs Diego, Dora & Friends Animal Jamboree Album and Dora's Fiesta Album.  During his time as the voice of Diego, Austin went on to lend his voice to several other animated projects including the popular feature films The Ant Bully, and Everyone's Hero.