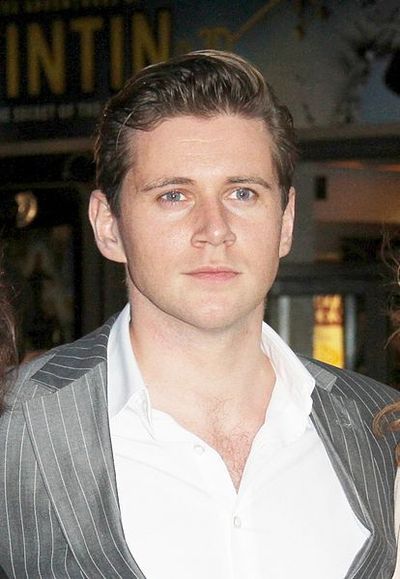 Allen Leech (born 18 May 1981), and known in his early career by his birth name Alan Leech, is an Irish stage, television and film actor. A native of Killiney, Leech made his professional acting debut with a small part in a 1998 production of A Streetcar Named Desire. He made his first major film appearance in as Vincent Cusack in Cowboys & Angels and earned an Irish Film & Television Awards nomination in 2004 with his performance as Mo Chara in Man About Dog. Leech came to international attention as Marcus Agrippa on the HBO historical drama Rome and is best known for his role as Tom Branson on the costume drama Downton Abbey.

Leech was born in Killiney, County Dublin, Ireland, to David Leech, the CEO of a computer systems company, and Kay Leech, a housewife. He is the third of four children; he has an older brother Greg, an older sister Ali, and a younger brother Simon. He attended St Michael's College. He became interested in acting at 11 when he was given the part of the Cowardly Lion in a school production of The Wizard of Oz and found he loved being on stage. He recalled how he immediately decided to become an actor when Peter McDonald told him how acting is a profession on the last night of the production's run. Afterwards, drama became the "focal point" of his teenage years, apart from his family life, and drama and family support helped him through his school years. He became set on acting after winning a small role in a 1998 production of A Streetcar Named Desire at the Gate Theatre. He earned a Bachelor of Arts and a Master's Degree in Drama and Theatre Studies from Trinity College, Dublin, later noting that this was a "loophole" in his parents' stipulation that he earn a degree to fall back on if he failed to have success as an actor. He landed his first major roles in Cowboys & Angels and Man About Dog while at Trinity, and he has admitted that he did little schoolwork because he spent his time on auditions and acting.

Leech's first professional stage role was at the Gate in their production of A Streetcar Named Desire. "I was the gentleman caller to Frances McDormand's Blanche Dubois. The Coen brothers were walking backstage, and me a naive 16-year-old."

He appeared as Willi in the Queen and Peacock, at the Garter Lane Arts Centre. The following years, Leech was in Tom Murphy's The Morning After Optimism and then Hugh Leonard's Da at the Abbey.

Leech's breakthrough film performance was in Cowboys and Angels, in which he played Vincent, a gay fashion student, followed by the 2004 cross country caper film Man About Dog, in which Leech plays Mo-Chara, one of three Belfast scallies who get in way above their heads.

Leech was voted sexiest Irish male in 2005 in U Magazine.