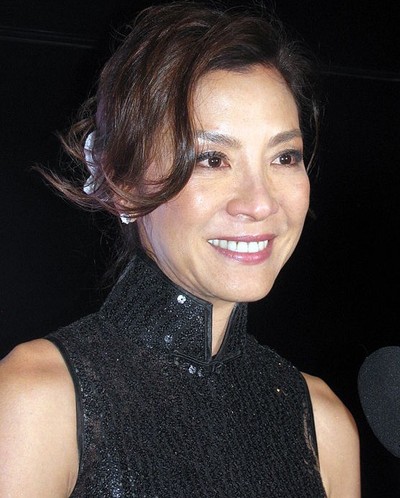 Tan Sri Dato' Seri Michelle Yeoh Choo-Kheng (born 6 August 1962) is a Chinese-Malaysian actress, best known for performing her own stunts in the Hong Kong action films that brought her to fame in the early 1990s. Born in Ipoh, Malaysia, she was chosen by People as one of the "50 Most Beautiful People in the World" in 1997.

She is best known in the Western world for her roles in the 1997 James Bond film Tomorrow Never Dies, playing Wai Lin, and the multiple Academy Award–winning Chinese-language martial arts film Crouching Tiger, Hidden Dragon, for which she was nominated for the BAFTA Award for Best Actress in 2000. In 2008, the film critic website Rotten Tomatoes ranked her the greatest action heroine of all time. In 2009, she was listed by People magazine – as the only Asian actress – as one of the "35 All-Time Screen Beauties".

She is credited as Michelle Khan in some of her earlier films. This alias was chosen by the D&B studio who thought it might be more marketable to international and western audiences. Yeoh later preferred using her real name.

Yeoh was born in Ipoh, Malaysia to an ethnic Han Chinese family of Hokkien descent. Her parents are Janet Yeoh and Yeoh Kian Teik, a lawyer and MCA politician.

She was keen on dance from an early age, beginning ballet at the age of four. At the age of 15, she moved with her parents to the United Kingdom, where she was enrolled in a boarding school. Yeoh later studied at the Royal Academy of Dance in London, majoring in ballet. However, a spinal injury prevented her from becoming a professional ballet dancer, and she transferred her attention to choreography and other arts. She later received a B.A. degree in Creative Arts with a minor in Drama.

In 1983, at the age of 20, Yeoh won the Miss Malaysia beauty pageant. She represented Malaysia at the Queen of the Pacific 1983 beauty pageant which was held in Australia and won the crown. She was also Malaysia's representative at the Miss World 1983 pageant in London. From there, she appeared in a television commercial with Jackie Chan which caught the attention of a fledgling Hong Kong film production company, D&B Films. Yeoh started her film career acting in action and martial arts films such as Yes, Madam in 1985, after which she did most of her own stunts. The D&B Group in Hong Kong was run by Dickson Poon. Yeoh married Poon in 1987 and retired from acting. After the couple divorced in 1992, Yeoh returned to acting.

Yeoh's performance in Police Story 3: Super Cop marked her comeback. She acted in The Heroic Trio in 1993, and the Yuen Woo-ping films Tai Chi Master and Wing Chun in 1994. Yeoh learned English and Malay before Cantonese. She learned the lines for Crouching Tiger, Hidden Dragon phonetically.

She starred in the James Bond film Tomorrow Never Dies as Wai Lin (1997). Natasha Henstridge was rumoured to be cast in the lead Bond girl role but eventually Yeoh was confirmed. Brosnan was impressed, describing her as a "wonderful actress" who was "serious and committed about her work". He referred to her as a "female James Bond" in reference to her combat abilities. She wanted again to perform her own stunts but was prevented because director Roger Spottiswoode considered it too dangerous. Still, she performed all of her own fighting scenes. Thereafter, she was offered the role of Seraph in the two sequels to The Matrix, but she could not accept due to a scheduling conflict (the Matrix writers then changed Seraph into a male character and cast Collin Chou in the role). In 2002, she produced her first English film, The Touch, through her own production company, Mythical Films.

In 2005, Yeoh starred as the graceful Mameha in the film adaptation of Memoirs of a Geisha, and she continued her English-language work in 2007 with Sunshine. In 2008, Michelle Yeoh also starred in fantasy action film The Mummy: Tomb of the Dragon Emperor with Brendan Fraser and Jet Li.

In October 2011, she was chosen by Guerlain to be its skincare ambassador. Yeoh will play a role in strengthening the French cosmetics company's relationship with Asia. Apart from action films, she is famous for playing nationalists in two biopics. In 1997, she played Soong Ai-ling in the award winning The Soong Sisters. In 2011, she portrayed Aung San Suu Kyi in Luc Besson's The Lady. Yeoh was blacklisted by the Burmese government allegedly because of her participation in The Lady; she was refused entry to Myanmar on 22 June 2011 and was deported on the same day.

Yeoh has also recently branched out into television, as it was announced in September 2014 that she had accepted her first television role on the fifth and final season of Strike Back. Yeoh plays the role of Mei Foster, wife to the British Ambassador to Thailand, and who is secretly a North Korean spy named Li-Na.

Yeoh was married to Hong Kong entrepreneur Dickson Poon, owner of businesses such as Harvey Nichols and Charles Jourdan, from 1988 to 1992. In 2008 she confirmed a new engagement to Jean Todt, a leading figure in motor racing, during an interview with Craig Ferguson on CBS's The Late Late Show.

She is a Buddhist.

In March 2008, she visited Vietnam to film a documentary for the Asian Injury Prevention Foundation (AIPF). Yeoh is also a patron of the Save China's Tigers project committed to protect the endangered South China tiger.

Michelle Yeoh plays the role of Evelyn Quan Wang in Everything Everywhere All at Once. 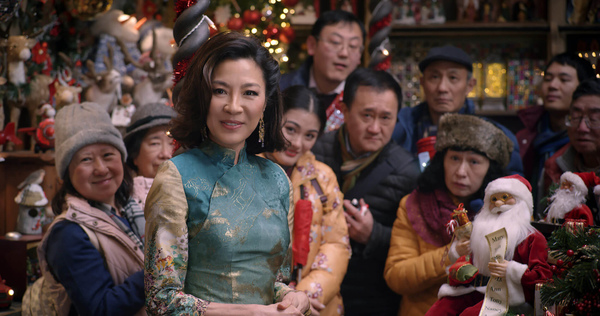 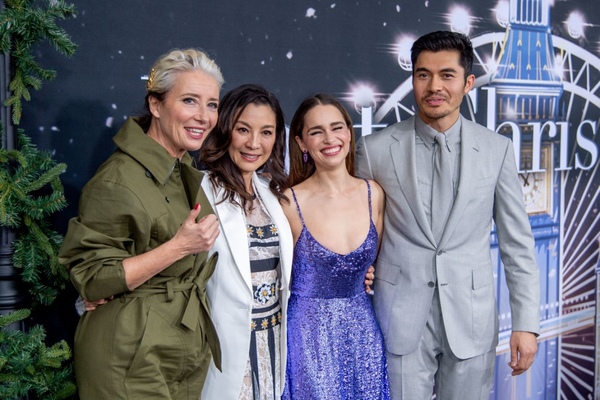 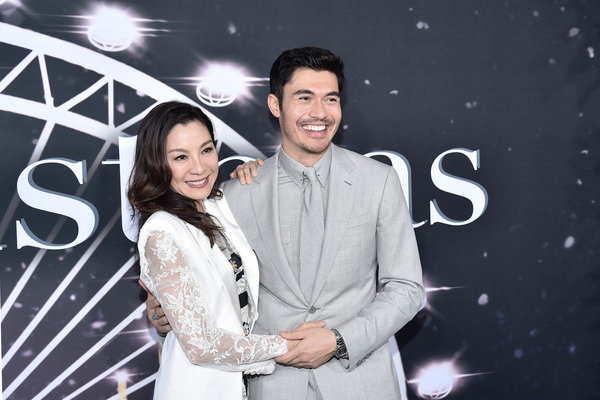 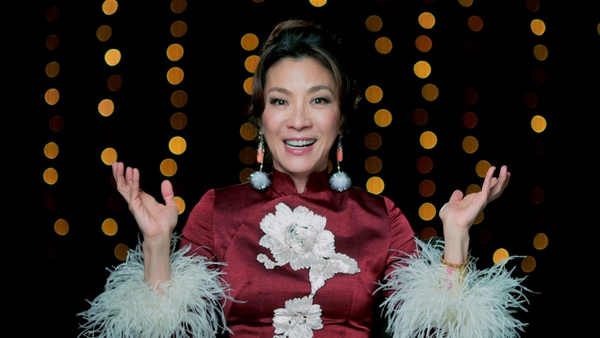 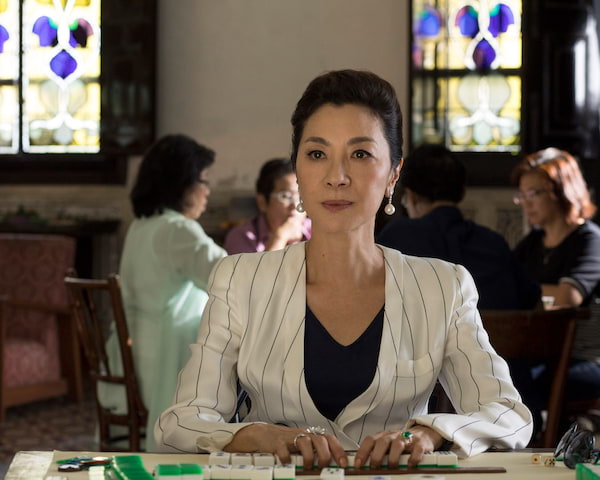 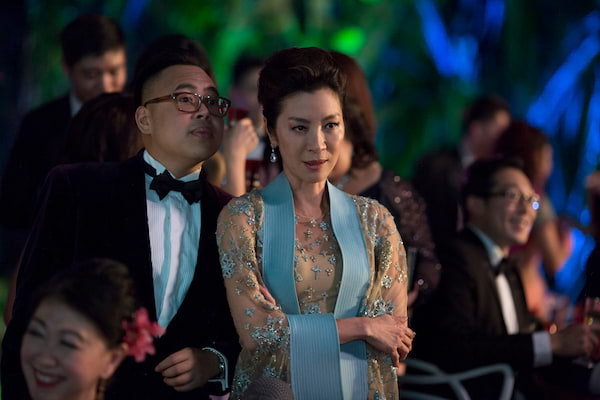 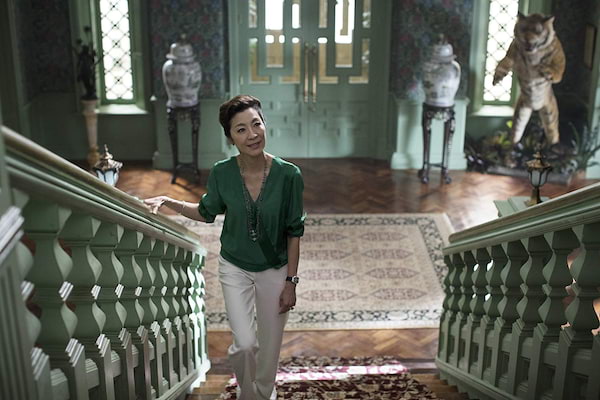