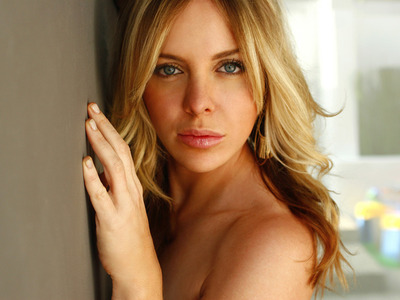 Brener was born in Israel, and raised in London and Los Angeles, her breakthrough role was in the late '90s opposite Henry Thomas in the comedy Hijacking Hollywood. Moving then her career to Israel she went on to star as one of the series leads in the nation’s highest rated prime time drama “Ramat Aviv Gimmel”. She quickly became a household name and landed recurring roles on shows such as the prime time drama Deadly Fortune and the sitcom “Fisfusim- with Dr. Margoa”. Recruited by MTV to host the popular teen dating show Singled Out, as well as the CO-Host for Love Story, Brener was one of the few talents with 3 successful shows in prime-time that ran concurrently. She then went on to play one of the leads in the two time Israeli Academy Award winner- Mr. Baum, directed by Assi Dayan. Also the host of two radio shows and her name and face were used for product endorsements such as “Burger King”, the “Milk Company”, “Planet Hollywood”, “Honda”, “Disney” and others.

Named by Esquire magazine (April 2009) as one of the 5 up and coming Israeli actresses in Hollywood today, She has completed dozens of projects working with a slew of A list actors and directors such as alongside Robert De Niro and Al Pacino in Righteous Kill directed by Jon Avnet for Overture, Sharon Stone and Val Kilmer in Streets of Blood, directed by Charles Winkler and produced by Irwin Winkler - one of the highest grossing video/DVD of all times. Jessica Simpson and Dane Cook in Employee of the Month, for Lions Gate Entertainment, John Cusack and Hilary Duff in War Inc., Aaron Eckhart and Jessica Alba in Meet Bill, Steven Seagal in Mercenary For Justice, Armand Assante in The Killing Grounds for the Weinstein Co., James Spader in Shadow of Fear, Sam Shepard in Blind Horizon and Harvey Keitel and Mira Sorvino in the The Grey Zone directed by Tim Blake Nelson. On TV she has appeared with Lindsay Lohan in ABC Family Film Labor Pains and Dean Stockwell in the H.P. Lovecraft adapted for TV story - "The Dunwich Horror", Judgment Day for Spike TV and most recently guest starred on CBS’s Criminal Minds, and series regular roles on the web-series the Monica 90404 and "The Mondays". She has landed leading role in the films such as the award winning dramedy "winner Romantic Comedy of Houston film fest" and "official selection" of "Dances with Films" Letting Go (with Bokeem Woodbine and Christopher Knight), the human drama Touched from French producers of The Class (with Shalim Ortiz and Aloma Wright), which was picked as the opening feature at the Dominican International Film Festival to critical acclaim . The romantic dark comedy Hit List (with John Savage and Joey Lawrence), "Stitch" as the lead opposite Eduard Furlong and a supporting in Pendejo (the Idiot) a comedy opposite Danny Trejo. And the soon to be shot National Lampoon’s Cheerleaders Must Die! (with Lochlyn Munro and Danielle Harris).

Brener has graced covers, fashion shoots and editorial in magazines in the US and all over the world such as Maxim, FHM, Esquire, Mint, Balance, LA Health, ManTalk, Summum, BC, Joker Magazine, The Jewish Journal to name a few.

Raised in a family of MBA’s , and opening Brener Films, Shirly was always destined to business savvy and success. She has completed the psychological suspense thriller film directed by award winning Haim Bouzaglo titled Session, starring Bar Refaeli and Steven Bauer as well as the political drama The Chicago 8 recently Grand Prize winner in The Peachtrea Film Festival and the audience choice award at the Beverly Hills Film Festival, in both films she showcases her acting abilities as well. In 2010 Shirly joins Radar Pictures – One of the 10 highest grossing hollywood companies of all times (The Last Samurai, Texas Chainsaw Massacre, Runaway Bride, All About Steve, Chronicles of Riddick) as the new VP of Business Development and Producer for them. Brener is thrilled to be working under Ted Field. One of the greatest figures in business and entertainment in the last 3 decades. Known for starting "Interscope Records" and singing acts such as No Doubt and Eminem. As well as producing 60 of the most famous titles in film history (Cocktail, Bill and Ted's Greatest ...and many many others).

Shirly graduated with honors (on the Dean’s List) from USC - The University of Southern California with a Bachelor of Arts in Art History and film Critical Studies. She is currently enrolled in the Masters of Business Administration program at Pepperdine University.

She is a member of the master and alumni program of the prestigious Beverly Hills Playhouse, alongside Doris Roberts, Michelle Pfeiffer, Alec Baldwin and Joel Schumacher founded by acclaimed acting teacher and director Milton Katselas. A Member of the Richard Lawson Studios and She is also an alumni and member of Second City, the famed improv/sketch comedy staple, with graduates such as Tina Fay, Amy Pohler and Steve Carrel.

Born to Danny Brener- Israeli record holder and gold winner in 100 m and 200 m freestyle, Smadar Brener - a famous film and theater actress. Grandfather Mila Brener, a shipping tycoon, owner of Maritime Shipping Company and is one of the ancestors to Haim Weizman (the first president of Israel).

Brener is married to screenwriter (Bullet, starring Adrien Brody and Mickey Rourke and Hendrix for Showtime), artist and designer Bruce Rubenstein and is the committed mother of daughter Mila Brener Rubenstein who is a "Ford Models" model and an actress herself, she has already starred in campaigns for CVS Pharmacy, Gypsy05, Wal-Mart, JC Penny, is the face of Saurette, Joe's Jeans, Esprit, Disney and has graced magazines such as BC, Style Café Moms, BabyTalk, Fit Pregnancy and SELF. And recently landed the Lead girl in Tobe Hooper's "ToolBox Murders 2" as well as a supporting role in "Imaginary Friend" for LifeTime starring Lacey Chabert and Paul Sorvino and "The Time Being" opposite academy award nominee Frank Langella and Wes Bentley. The Brener/Rubenstein clan joyfully welcomed their newest addition- baby #2 in early 2012- Journey Elle. The artistic happy family resides in the Hollywood Hills in a gorgeous home that has been featured in architectural and lifestyle magazines designed by Rubenstein.