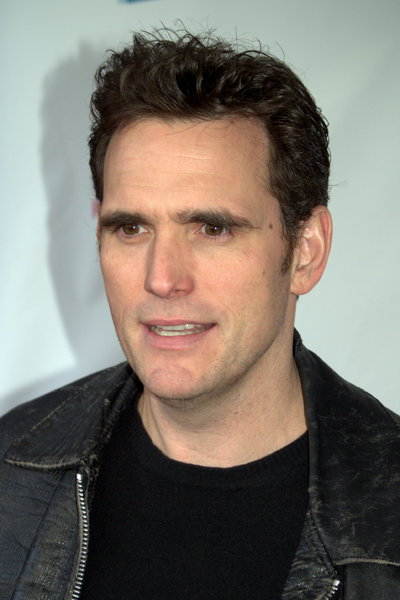 Matthew Raymond Dillon was born in New Rochelle, New York, to second-generation Irish American parents Mary Ellen, a homemaker, and Paul Dillon, a portrait painter and sales manager for Union Camp, a packing material manufacturer. He was raised in a close-knit Roman Catholic family as the second of six children. Dillon's paternal grandmother was the sister of comic strip artist Alex Raymond, the creator of Flash Gordon. Dillon has one sister and four brothers, one of whom, Kevin Dillon, is also an actor and appeared on the hit TV series Entourage, which earned him several Emmy nominations in the supporting actor comedy category. Dillon grew up in Mamaroneck, New York, and before dropping out in junior year, he attended Mamaroneck High School.

In 1978, Jane Bernstein and a friend were helping director Jonathan Kaplan cast the violent teen drama Over the Edge when they found Dillon cutting class at Hommocks Middle School in Larchmont. Dillon auditioned for a role and made his debut in the film. The film received a regional, limited theatrical release in May 1979, and grossed only slightly over $200,000. Dillon's performance was well-received, which led to his casting in two films released the following year; the teenage sex comedy Little Darlings, in which Kristy McNichol's character loses her virginity to a boy from the camp across the lake, played by Dillon, and the more serious teen dramedy My Bodyguard, where he played a high-school bully opposite Chris Makepeace. The films, released in March and July 1980, respectively, were box office successes and raised Dillon's profile among teenage audiences.

Dillon had a three-year relationship with actress Cameron Diaz in the late 1990s.