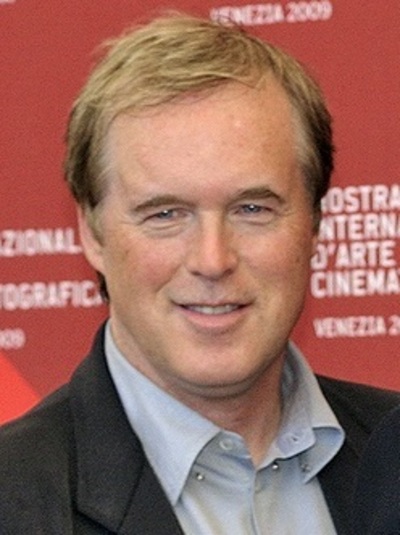 Bird developed a love for the art of animation at an early age and was mentored by Milt Kahl, one of Disney's legendary Nine Old Men. He was part of one of the earliest graduating classes of the California Institute of the Arts alongside John Lasseter and Tim Burton. Afterwards, Bird worked as an animator for Disney in The Fox and the Hound (1981) and The Black Cauldron (1985) and wrote the screenplay for Batteries Not Included (1987). Bird served as a creative consultant on The Simpsons during its first eight seasons, where he helped develop the show's animation style. Afterwards, Bird left to direct his first animated feature, The Iron Giant (1999), which fared poorly at the box office but came to be regarded as a modern animated classic. He rejoined Lasseter at Pixar in 2000, where he developed his second picture, The Incredibles (2004), and his third picture, Ratatouille (2007). Both films place among Pixar's highest-grossing features and gave Bird two Academy Award for Best Animated Feature wins and Academy Award for Best Original Screenplay nominations.

In 2011, Bird directed his first live-action film Mission: Impossible – Ghost Protocol, which became the highest-grossing and best reviewed film of its franchise. His second live-action film, Tomorrowland, starring George Clooney, was released in May 2015, and did not do as well at the box office. In 2018, Bird developed the sequel to The Incredibles, titled Incredibles 2.

Bird was born in Kalispell, Montana, the youngest of four children of Marjorie A. (née Cross) and Philip Cullen Bird. His father worked in the propane business, and his grandfather, Francis Wesley "Frank" Bird, who was born in County Sligo, Ireland, was a president and chief executive of the Montana Power Company. On a tour of the Walt Disney Studios at age 11, he announced that someday he would become part of its animation team, and soon afterward began work on his own 15-minute animated short. Within two years, Bird had completed his animation, which impressed the cartoon company. By age 14, barely in high school, Bird was mentored by the animator Milt Kahl, one of Disney's legendary Nine Old Men. Bird recalls Kahl's criticisms as ideal: Kahl would point out shortcomings by gently delivering thoughts on where Bird could improve. After graduating from Corvallis High School in Corvallis, Oregon in 1975, Bird took a three-year break. He was then awarded a scholarship by Disney to attend California Institute of the Arts, where he met and befriended another future animator, Pixar co-founder and director John Lasseter.

Upon graduating from the California Institute of the Arts, Bird began working for Disney. His tenure with Disney was brief, and he left the company shortly after working on The Fox and the Hound in 1981.

He next worked on animated television series, with much shorter lead times. He was the creator (writer, director, and co-producer) of the Family Dog episode of Steven Spielberg's Amazing Stories. In addition, Bird co-wrote the screenplay for the live-action film Batteries Not Included. In 1989, Bird joined Klasky Csupo, where he helped to develop The Simpsons from one-minute shorts on The Tracey Ullman Show into a series of half-hour programs. In 1990, he directed the episode "Krusty Gets Busted" (which marked the first speaking role of Sideshow Bob) and co-directed the Season Three episode "Like Father, Like Clown." He served as an executive consultant for the show for its first eight seasons. Also while at Klasky Csupo, he was one of the animators of the Rugrats pilot "Tommy Pickles and the Great White Thing." He worked on several other animated television series, including The Critic and King of the Hill, before pitching Warner Brothers to write and direct the animated film The Iron Giant. Despite receiving near-universal acclaim from critics, it failed at the box office due to lack of marketing and promotion from Warner Bros. The film impressed his old friend John Lasseter, founder of the computer-animation pioneer Pixar. Bird pitched the idea for The Incredibles to Pixar. In the finished picture, Bird also provides the voice of costume designer Edna Mode. As an inside joke, the character Syndrome was based on Bird's likeness (as was Mr. Incredible) and according to him, he did not realize the joke until the movie was too far into production to have it changed. The film became both a major critical and financial success. As a result, Bird won his first Academy Award for Best Animated Feature, and his screenplay was nominated for Best Original Screenplay.

Bird has spoken passionately about animation as an art form. When Bird and producer John Walker recorded the Director's Commentary for The Incredibles' DVD, he jokingly offered to punch the next person that he heard call animation a genre instead of an art form. Bird believes animation can be used to tell any kind of story – drama or comedy, for an adult audience or children.

Before he was sidetracked by Ratatouille, Bird began work on a film adaptation of James Dalessandro's novel 1906, which would be his first live-action project. In March 2008, Bird resumed work on the film, which is a co-production between Pixar and Warner Bros. The novel, narrated by reporter Annalisa Passarelli, examines police officers battling corruption in the government that causes the 1906 San Francisco earthquake to turn into such a disaster. The script was co-written by John Logan. Blogger Jim Hill suggested the film has been on hold due to Disney / Pixar and Warner Bros.' nervousness over the projected $200 million budget. In May 2010, with 1906 apparently still stalled, Bird signed on as the director of Mission: Impossible – Ghost Protocol, produced by Tom Cruise and J. J. Abrams. The collaboration was suggested by Tom Cruise following the release of The Incredibles, and was created with the help of J.J. Abrams, who sent Bird a late night text message saying "Mission?". The film was an international hit, grossing almost $700 million.

Bird directed and co-wrote Disney's science fiction film Tomorrowland (2015), whose screenplay was co-written with Damon Lindelof. In 2018, Bird wrote and directed a sequel to his 2004 film, The Incredibles, titled Incredibles 2, which was released in North America on June 15, 2018.

Bird has three sons. One of his sons, Nicholas, was the voice of Squirt in Finding Nemo. While Bird's other son, Michael, voiced kids in The Incredibles.